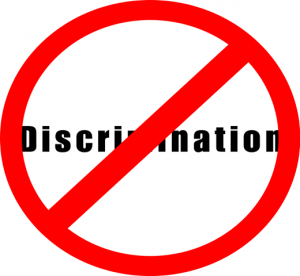 The Ministry informed SOC that the questionnaire was modified and that the new version is being used since the December of 2012. In the new questionnaire, previously debated and discriminatory question “Have you ever had sexual relations with a person of the same sex?” which excluded all LGB persons from donating blood, has been replaced with two new questions, one for men: “Have you ever had sexual relations with another man?” and another one for women: “As far as you know, have you ahd sexual relations in past 12 months with any man who has ever had sex with another man?”. Affirmative answer to one of these questions leads to exclusion of the potential donor.

The modification of the questionnaire was supposed to eliminate the discrimination of LGB voluntary blood donors, and harmonise the donor selection criteria with the Anti-discrimination Law of BiH which explicitly prohibits discrimination on the grounds of sexual orientation and gender identity, however the current solution increases the discrimination and marginalisation og gay and bisexual men, and implies that they are the only high risk group and that their blood is somehow more dangerous or more impure than the blood of the other donors.

The practice used so far in the majority of European countries, was to ban men who have sex with men, as well as their female partners from donating blood, because they were considered to be a high risk group of potential donors and that there is a prevalence of sexually transmitted diseases and HIV in these persons, when compared to heterosexual population. However latest medical and scientific research indicated the change of the criteria which exclude men who have sex with men from donating blood, and encourage the use of risky sexual behaviour as a donor selection criteria, instead of sexual orientation of potential donors.

Sarajevo Open Centre will continue its work on advocacy and lobbying for the modification of the questionnaire for the voluntary blood donors, and elimination of discrimination on the grounds of sexual orientation, and address the Institution for transfusion medicine of Republic of Srpska with a proposition for cooperation on abolishing the discrimination in the voluntary blood donor questionnaire and maintaining the highest possible standard of security and protection of the donated blood.