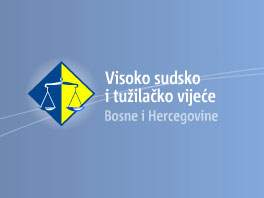 Few days ago the public has been informed that the High Judicial and Prosecutorial Council in BiH has taken a decision, which prohibits wearing religious symbols in judicial institutions. Taking into account the very deep overlapping of religion and public/political life, such a decision could be seen as positive. Bosnia and Herzegovina, as a secular state, needs to clearly divide religion and the state.

However, if we analyse this decision, we can clearly conclude that this decision is unconstitutional. Even though this decision seems to be neutral as it prohibits religious symbols of all religious communities, in practice this decision will dominantly or only influence the life of Muslim women with hidjab and is a clear example of indirect discrimination.

Wearing a hidjab shouldn´t be reduced to religious symbols, as it is an issue of women´s identity belonging to the Islam community.

Sarajevo Open Centre has reacted to this problem on Jan 28th 2016 by:
– drafting and sending out a press release together with other NGOs and individuals,
– officially reporting this case to the BiH Gender Equality Agency, based on the BiH Gender Equality Law,
– officially reporting this case to the BiH Ombudsman Institution, based on the BiH Anti-Discrimination Law,
– requesting the abolishment of its decision by the HJPC.

If wearing of religious symbols should be regulated, then only based on a broad social discussion, a clear analysis if such regulation is needed in a democratic society and by defining goal that should be achieved with such regulation.