On 26 January 2016 a press conference was held in the Parliamentary Assembly of Bosnia and Herzegovina, focusing on the issue of political participation of women in government institutions. Samra Filipović-Hadžiabdić, the directress of the Gender Equality Agency BiH, Mirsad Isaković, the president of the Gender Equality Commission of the House of Representatives of the Parliament BiH and Saša Gavrić, the executive director of the Sarajevo Open centre spoke at the press conference. Special attention was given to the Proposal of the Law on The Council of Ministers BiH and it was stressed that the amendments to the Electoral Law BiH have also been prepared. 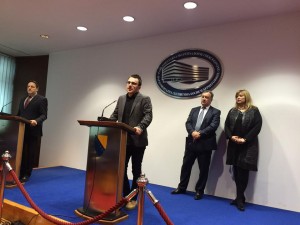 Mirsad Isaković warned of discrimination of women in Bh. political life and he listed that fact as one of the reasons to submit the Proposal of the Law on the Changes and Amendments to the Law on the Council of Ministers BiH into the parliamentary procedure.

Isaković stated, “From 1997-2014 only four women held the function of the minister in the Council of Ministers and not a single woman was the President, or the Deputy, since the Council of Ministers has been established. The highest number of women ministers was two, which is also the current number.” The eventual amendment to the law should become operative with the next general election in 2018 and the new sitting of the Council of Ministers would not be confirmed in Parliament unless it reflected the principles of gender equality. Isaković stated that women make up only about 20% of the legislature, which makes their presence only marginal. Further, some counties only have one, or not even a single woman minister, which demonstrates the permeation of acute inequality.

The Directress of the Gender Equality Agency BiH Samra Filipović-Hadžiabdić emphasized the importance of harmonization of the Law on the Council of Ministers with the Gender Equality Law and the International norms. She also added that it is necessary to achieve better collaboration with political parties, and to improve upon the thus-far only sporadic instances of cooperation. 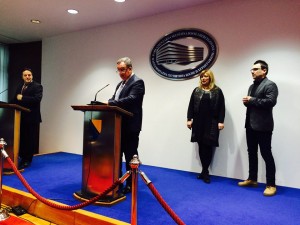 Saša Gavrić stated, “This is an excellent example of the cooperation between the institutions working towards achieving gender equality, and it is also an example of how it is possible to create specific legislative proposals.”

DRAFT TO THE CHANGES AND AMENDMENTS TO THE ELECTORAL LAW BiH

In 2015 the Parliamentary Assembly formed a Working Group to work on the Changes and Amendments to the Electoral Law. However, the Working Group has not discussed the issue of equal participation of men and women in political processes. For this reason specific Amendments to the Electoral law were drafted, which will aim to remedy the current state of affairs. The Gender Equality Commission of the House of Representatives PSBiH should soon discuss the amendments which predict the same number of women and men at the electoral lists in a zipper system, with the aim of increasing the number of women in the government bodies. 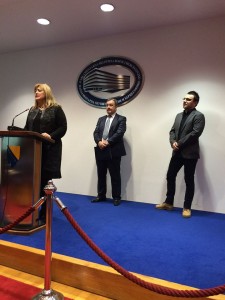 Gavrić pointed out, “It is simply shameful that more than 50% of the population are women, and that they make up only around 20% of the representatives. That is a shame and it is time that our politicians accept that and work towards improvement.” He also added that changes to the Electoral Law are rare, but that all involved have high expectations.

THE CIVIL SOCIETY ORGANIZATIONS IN BIH ISSUED A LETTER OF SUPPORT

The Civil Society Organizations in BiH have welcomed the Gender Equality Commissions’ move to put the the Proposal of the Law on the Changes and Amendments to the Law on the Council of Ministers BiH in parliamentary procedure and they have decided to become more actively involved in the process.

Understanding that it is of prime importance that responsible organs understand the significance of these changes and amendments, but also the consequences of not adopting this proposal, a big number of the Civil Society Organizations in BiH have signed a letter of support for the Proposal of the Law on the Changes and Amendments to the Law on the Council of Ministers BiH, sent to all the MPs in the House of Representatives PSBiH and the delegates in the House of the Peoples PSBiH. They have asked the MPs to support the Proposal of the Law and to use their votes to make Bosnia and Herzegovina one of the few European states whose government officials reflect true gender equality and to prevent gender equality from becoming just another right on paper.

You can read the letter of support here.