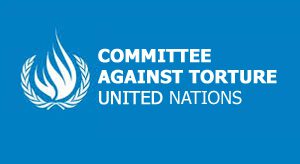 UN Committee Against Torture (CAT) is currently doing review of Bosnia and Herzegovina’s fullfilment of obligations that derive from the Convention against Torture and Other Cruel, Inhuman or Degrading Treatment or Punishment.

On that occasion, Sarajevo Open Centre today participates in the meeting of non-governmental organisations from Bosnia and Herzegovina with the experts of this Committee, which is organised by the World Organisation Against Torture). During this meeting, NGOs will present their observations of the key issues in BiH, and provide the experts with information they will use during the 62nd Committee’s session and meeting with the representatives of BiH institutions.

Sarajevo Open Centre has, for this review of BiH’s Country Report, prepared and filed a submission to the Committee, named “Hate crimes against LGBTI persons and activists in Bosnia and Herzegovina” that you can find on the following link.

In the submission we thematise the current situation regarding hate crimes against LGBTI persons in the country: from the overview of the legislative and institutional framework, through listing the cases of hate crimes against LGBTI people documented by Sarajevo Open Centre, as well as the cases of violations of the right to freedom of assembly of LGBTI persons, to providing recommendations to the governments in BiH for improving the state of human rights of LGBTI persons, in the context of the struggle against hate crimes.

In the submission we look back at and welcome the adopted amendments to the Criminal Code of Federation BiH and the inclusion of hate crimes in it, as well as the criminal codes of Republika Srpska and Brčko District. We emphasize that, in accordance with these legal novelties, the education on hate crimes should however be introduced into the mandatory training of civil servants, the judiciary and the police to enable their adequate implementation in practice.

In the submission we also look at the worrying increase of hate crimes during 2015, 2016 and 2017, especially cases of domestic violence and peer violence motivated by sexual orientation or gender identity, and the growing number of open and public instances of homophobic and transphobic views in the academic institutions and the academia as a whole.

Also, we remind that the judiciary and law enforcement are still failing to prosecute the severe attacks, threats and incitement to violence against individual activists as well as towards all LGBTI persons, LGBTI friendly places. Since 2015, no case of violence or threats reported to the police and prosecutor’s office’s in charge has been processed before courts. The only case currently being discussed before court is the one in which the police officers used violence against an activist.

At the end of the submission, the recommendations we direct toward the governments in BiH are the following:

CAT published its bulletin from the 62nd session of the UN Committee Against Torture (6 Nov – 6 Dec 2017) with the main findings and overview of the state in the member countries, including Bosnia and Herzegovina, where there is also mentioned violence against LGBTI persons.