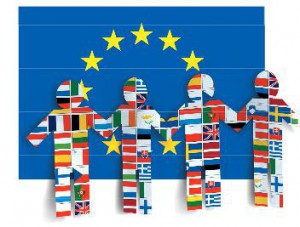 A regional workshop, organised by the People 2 People programme of the European Commission in collaboration with the Office for Human and Minority Rights of Serbia and ILGA Europe will take place in Belgrade from 17th until 19th June, 2013. Working languages of the workshop will be: English, Serbian, Turkish and Albanian.

The P2P Programme intends to offer to civil society organisations from the Enlargement region the possibility to interact and network with their national, regional and European-level counterparts as well as to familiarise themselves with EU structures, policy making process, programmes, policies and best practices.

The workshop will be an occasion for assessing and discussing the state of the art in the different countries, both at legislative and enforcement level. The sharing of best practices and the dialogue among different stakeholders in Western Balkans, Turkey and Iceland will be encouraged throughout the workshop.

During the workshop, the following themes will be tackled: discrimination, hate crime and hate speech, and freedom of assembly, association and expression, the areas in which the violations of the human rights of LGBT persons occur most often. Most candidate countries and potential candidates have adopted – in recent years – comprehensive anti-discrimination laws as part of their path towards EU integration. However, in practice, protection from discrimination against LGBT people in most countries is weak or non-existent. Even though positive developments happened this year in some Western Balkans (WB) countries, LGBT people are still subjected to discrimination and harassment in all areas of their life. In most countries there is no official data on homophobic hate crimes and the police is not adequately trained to deal with these crimes. Most incidents of homophobic and transphobic violence remain unreported because of the lack of trust in law enforcement institutions. Moreover, the bans imposed on peaceful public gatherings are clear failures of the public authorities to ensure the protection of LGBT people and safeguard their constitutional rights to public assembly.

Participants will represent mainly CSOs active in LGBT rights, human rights and women`s rights and members of Sarajevo Open Centre will participate in the workshop. Some representatives of national equality bodies, Ministries for human rights or MPs chairing commissions on equality will are also invited.