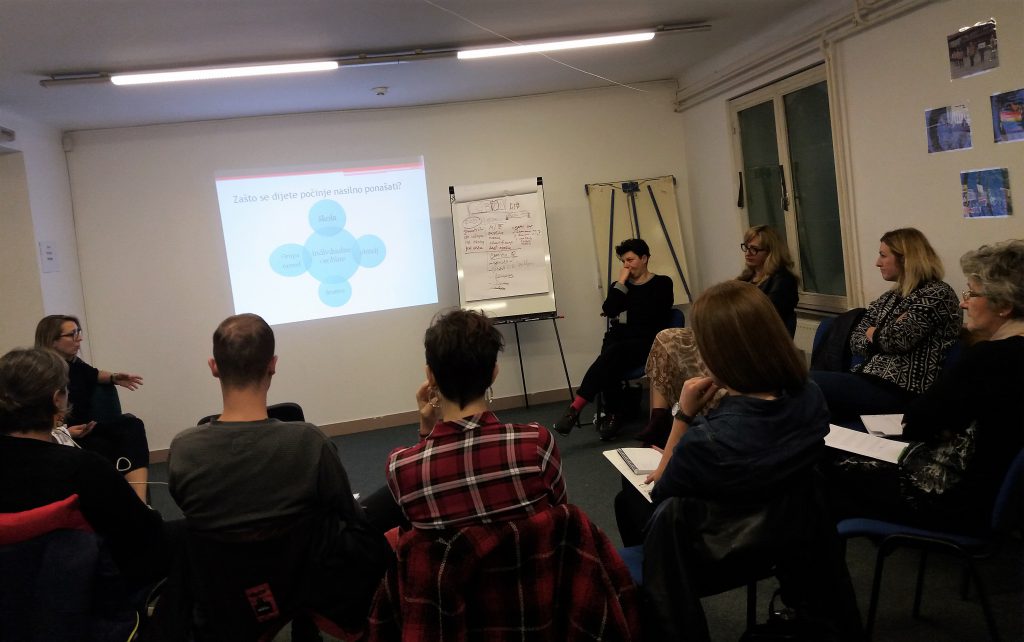 The end of October and the beginning of November was marked by final workshops related to the reduction of peer violence. Namely, Sarajevo Open Centre, starting with the end of 2017, has been implementing the project “Reducing peer violence/bullying”, with the support of the German Embassy (German Cooperation). Among other activities, we realised workshops with parents, psychologists and NGOs, in Banja Luka (26-27 October), on the issue of the growing peer violence. A workshop for school staff was held in Sarajevo on November 2 and 3.

The moderators of the workshop were Belma Žiga, KBT and integrative psychotherapist for kids and adolescents (Foundation Wings of Hope) and Slobodanka Dekić, researcher and author of the publication Međuvršnjačko nasilje na osnovu različitosti – iskustava i preporuke. 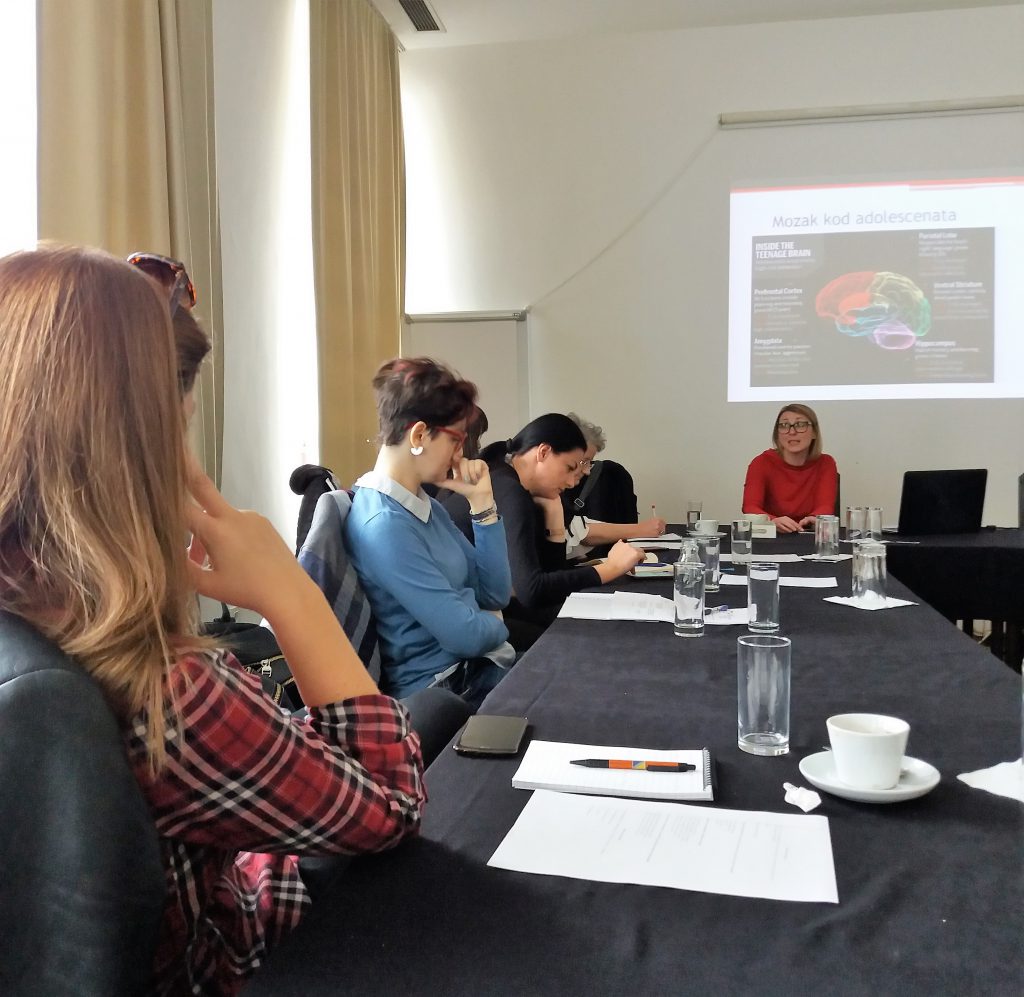 In groups of around 10 participants, the workshop moderators presented the project “Reducing peer violence/bullying” through the politics and programmes of prevention, what SOC wants to achieve with the project and why this topic is of great significance. There was discussion on the existing programmes and how to improve them, and on the role of schools in preventing peer violence and their experience of cooperation with parents. Special emphasis was put on transgender children. From the aspect of psychology, there was talk about the specific elements of adolescence and risk factors for the violence motivated by gender identity or real/supposed sexual orientation.

A conference on peer violence was planned for 10 December in Sarajevo.