We are happy to invite you to a press conference, awards ceremony, and book promotion on Thursday, December 12 at 6 PM at Art Cinema Kriterion.

The press conference and the prizes are undertaken a part of USAID’s Strengthening Independent Media Programme in B&H, implemented by Internews in B&H. The host will be Boban Stojanvic, a gay activist from Serbia, who will talk about concrete measures for professional reporting about LGBT themes. It will summarize eight previous info sessions whose goal was to offer basic information connected to LGBT rights and culture. 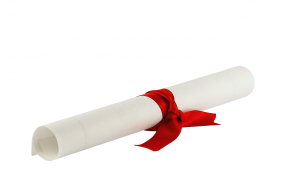 Included in the press conference will be the distribution of awards and praise for continuing professional and ethical reporting by journalists and the media on LGBT themes in 2013. We will give an award to one media outlet who continued to report on LGBT themes, and another to the editors of one magazine that has a clear editorial policy when it comes to writing about issues relevant to LGBT people. The third prize will praise a TV station for its commitment to presenting LGBT issues in a public space.

After the awards ceremony, there will be a book promotion for Boban Stojanovic’s autobiographical book As if Everything Was OK, in which he describes why it’s difficult to be gay in Serbia, the problems gay individuals face in society, and why some families accept their children while others are willing to disown them for social acceptance.

We invite you to liven up our event with your presence.