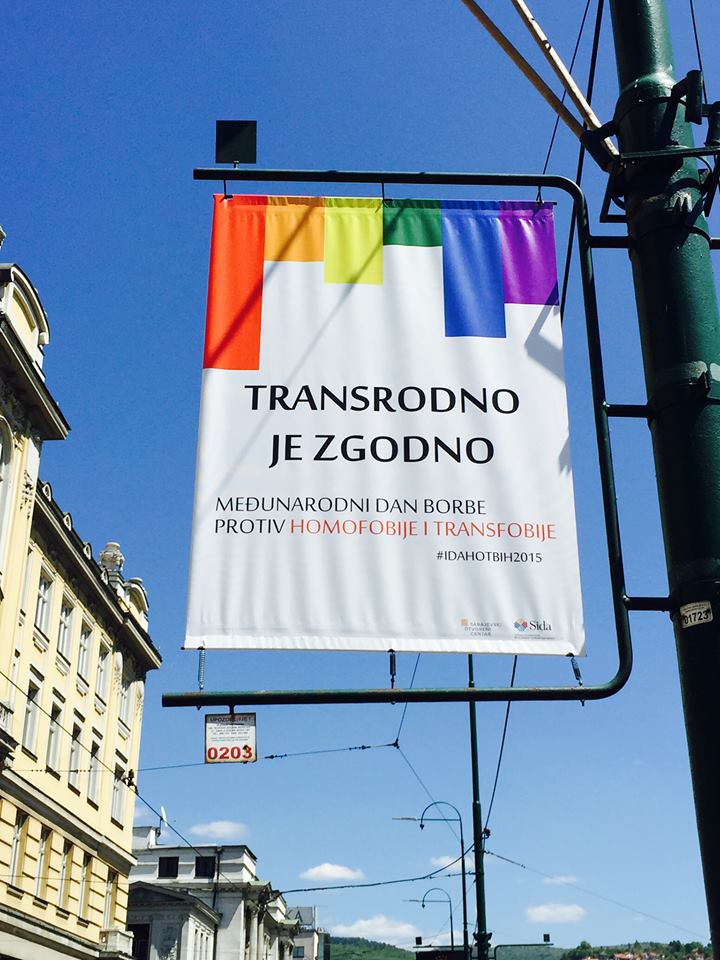 On the occasion of 17th May, the International Day against homophobia, bi-phobia and transphobia, Sarajevo Open Centre has started this year’s IDAHOT campaign, before 17th of May by taking over public space through billboards with messages from our activists.

This date is celebrated in 130 countries, where progress on the rights of LGBT people is more visible, but also where changes still need to take place.

May 17 is important because in 1990, at that same date, homosexuality (which has existed through ages) has been removed from the list of mental disorders by the World Health Organisation.

On 17th May we want to remind public of the importance of respecting human rights, including those of lesbian, bisexual, gay and trans * people, who continue to face discrimination and violence.

This year’s theme of the International Day Against Homophobia / bi-phobia and transphobia IDAHOT 2015, is dedicated to young LGBT people, because they in particular are vulnerable group and exposed to homophobia / bi-phobia and / or transphobia that often happens within the family, in educational and health institutions, as well as public (but also virtual) space. Therefore, this year we say – “our four walls” and on the street!

This is also an opportunity to remind our allies, as well as all the people who find it important to live in an environment free of discrimination and violence, that we are here, we exist and we are not going anywhere. 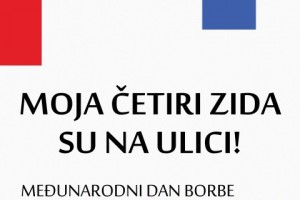 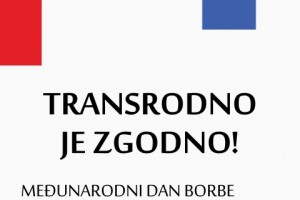 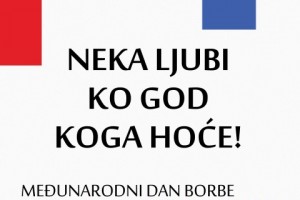 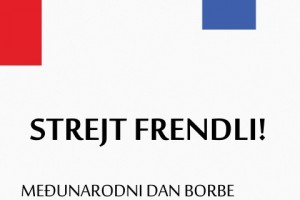 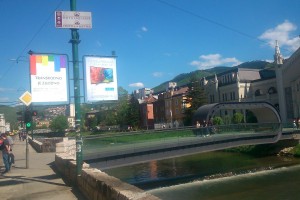 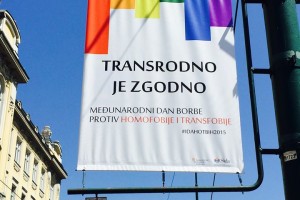 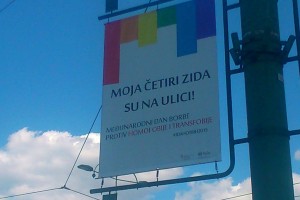