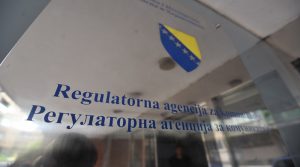 The Council of the BiH Communications Regulatory Agency (CRA), as many other institutions and government bodies in BiH, still does not reflect the equal representation of the sexes. Namely, out of the current 7 Council members, all 7 are men.

Among the MPs’ questions that had been directed to the Council of Ministers related to the Regulatory Agency’s Council, there were also questions on the gender equality and unrepresentativeness of women in this body.

In its response, the Council of Ministers, unfortunately, confirmed that the BiH institutions, not only properly know the rules in the area of gender equality, but they consciously violate those regulations. The Council of Ministers confirmed that, from the list previously established by the ad hoc committee of the Ministry of Communications and Transport, out of 14 most successful candidates, on which there was one woman, it chose and sent to the Parliamentary Assembly the proposal containing seven members of the Council that did not include one single woman.

To remind, besides the BiH Law on Gender Equality that prescribes the 40 % gender quota, and the BiH Law on Communications that prescribes that the Council of Ministers, while establishing the nomination proposal and the Parliamentary Assembly, while nominating the members of the Regulatory Agency’s Council, have the duty to take care of the candidate sex representation.

Having in mind that in the previous period, there were several cases of spreading prejudice and stereotypes, and incitement to discrimination of women via the radio and television emitters, even from the side of institutions, as is the case in the advertising campaign “Proslavi odgovorno – ako misliš piti, vozač nemoj biti”, it is of utter importance to have adequately represented women in the Communications Regulatory Agency, and to have them work on suppressing human rights and gender equality violations.