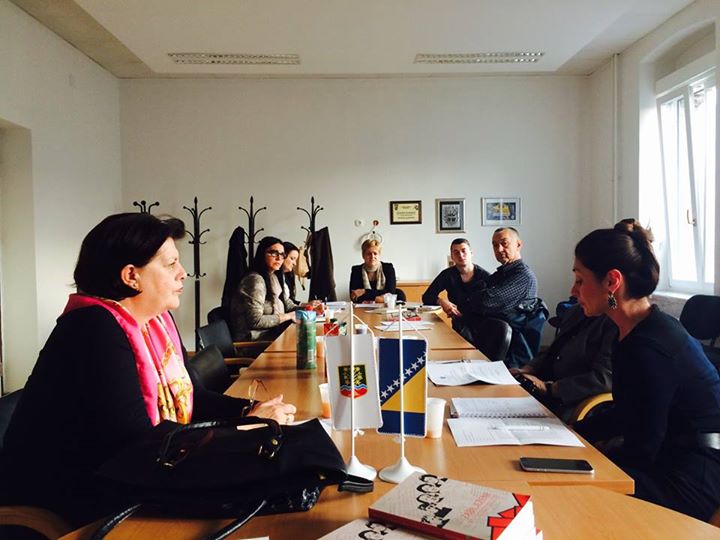 Gender equality is a key element of a democracy and the political system of a country. Gender equality must be included in all aspects of life, on all levels of governance. Guided by this idea, Sarajevo Open Centre and Žene ženama have submitted an initiative towards the Municipality Centre Sarajevo, the local self-government unit where our two organizations have their seats, to work on a local Gender Action Plan. At the October 2015 meeting, our two organizations have presented this initiative to the members of the Committee for Human Rights and Gender Equality of the Municipality Council.

At the yesterdays (Thursday, November 19 2015) session of the Committee for Human Rights and Gender Equality we have been informed that our initiative has been accepted: the Municipality will start working on the local gender equality policy. The development of the local Gender Action Plan will start in January 2016. Sarajevo Open Centre and Žene ženama will be part of the working group.