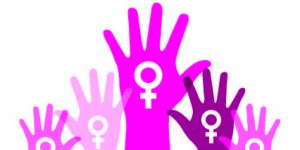 Through the Women’s Rights Program in 2018, Sarajevo Open Centre (SOC) improved its activities in the field of education of representatives of government, as well as the general public in Bosnia and Herzegovina, on the protection of human rights of women, gender equality and feminism.

More than a hundred participants – students, civil society organizations members, people from private or public sector, representatives of government and political parties – went through the education of Sarajevo Open Centre, most of them participating in the Equality Academy and the Žarana Papić School of Feminism.

The fourth generation of participants finished the Žarana Papić School of Feminism, organized by Sarajevo Open Centre, which was held from April to June 2018. The aim of this two-semester academic-activist program is to provide, through theoretical-practical modules and an advocacy-activist seminar, feminist education on theories, concepts and practices necessary for professional and critical public action in local, regional, international, governmental and non-governmental organizations. Žarana Papić School of Feminism works equally on the production of knowledge, enabling interaction between science and different segments of society, as well as the encouragement of concrete advocacy and activist initiatives in our environment.

After the successfully implemented programs of the Equality Academy 2015, 2016 and 2017, Friedrich Ebert Foundation and Sarajevo Open Centre also organized the Equality Academy from May to November 2018. The previous goal, which refers to the creation of a new platform for political leadership and the space for joint activities of the deputies, leaders of political parties and civil society organizations, has been achieved, and it has continued in maintenance and development.