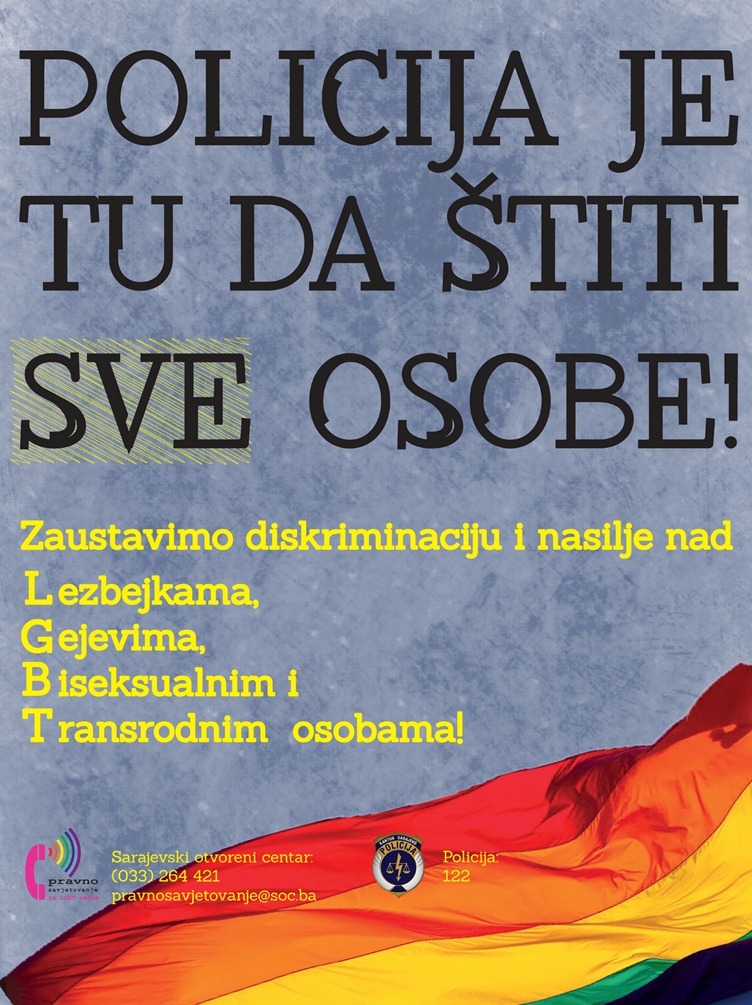 Sarajevo Open Centre has received a memo from the Ministry of the Interior of Canton Sarajevo regarding the establishment of a position of contact persons, police officers, to work with LGBT victims of crime in four Sarajevo police precincts (Stari Grad, Centar, Novo Sarajevo and Novi Grad).

Irfan Nefić, the head of public relations of The Ministry of the Interior of Canton Sarajevo replied, when asked by portal lgbt-prava.ba whether there are contact persons for other categories of victims that, “In our activities we continuously work on educating our police officers by helping them specialize in different fields in which we are active, such as work with victims of domestic violence, work with underage offenders, as well as underage victims, and other sensitive categories.” 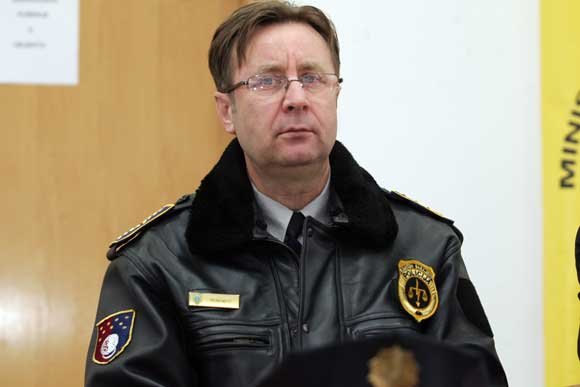 When asked what the decision to assign contact officers to directly work with and help LGBT persons in need of assistance meant for the MUP Mr. Nefić said that the Ministry of the Interior will, “as one of the most reputable police agencies in Bosnia and Herzegovina base its activities on positive legal regulations with the aim of upholding the equality of access to services and respect for all human rights, in their totality.”

Sarajevo Open Centre has been actively cooperating with the MUP of Canton Sarajevo on different projects with the aim of better protecting the rights of LGBT persons for over two years. The cooperation began with a poster distribution campaign (Police is here to protect all persons! Stop discrimination and violence against LGBT persons!) in all the precincts in Canton Sarajevo with the aim of raising awareness and increasing trust when it comes to reporting the cases of discrimination and violence against LGBT persons.

As a part of the Coming Out! Advocating for and Protecting LGBT Rights project (funded by the European Union and implemented by the Heinrich Böll foundation, Ured za BiH, Sarajevo Open Centre and Foundation CURE) an initial training was organized in September 2013 for 19 police officers from Canton Sarajevo dealing with hate crimes based on sexual orientation and gender identity. At the end of March of this year the first two classes on sexual orientation and gender identity as motives for criminal acts were given, in the space provided by the MUP support unit, to police officers of Sarajevo Canton Police as a part of the long term training in the area of Police Work in the Community. Starting in April the police officers will have weekly sessions teaching them to recognize crimes which are committed because of prejudice linked to sexual orientation and gender identity and how to approach the victims of the said crimes. It is planned that around 1,500 police officers from Canton Sarajevo will go through this training by the end of March 2015.

Sarajevo Open Centre has also been offering legal counselling since October 2013 where you can report cases of discrimination or violence which you have either experienced or witnessed and where you will be provided with all the relevant and necessary information on the possible actions you may wish to take.

Listed are the contact police officers in four precincts: