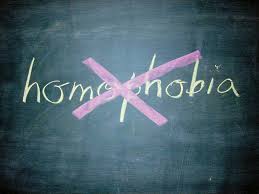 “Memorandum 2013” has been prepared in dedication to May 17, International Day Against Homophobia.

“The Regional Network Against Homophobia” is established in May 2011 with the participation of LGBTIQ organizations and initiatives in the Middle East, North Africa, the Balkans and Caucasus. The Network stands against homophobia and transphobia but also against sexism, nationalism, militarism and religious conservatism that perpetuate the heterosexist ideology.

The network, which aims to stand up against similar political patterns and break mental and physical borders that separate us, declares its first Annual Memorandum on how the year of 2012 looked concerning the LGBTIQ people’s human rights in these 18 countries. This Memorandum is a true summary of the large scale of homophobia and transphobia which ranges from criminalization and executions to condemning LGBTIQ society in the name of religion, morality or even “fighting capitalism”.

We are here to underline that human rights are not something given by someone, so for their protection it cannot be intervened selectively. We are here to say LGBTIQ rights are human rights. LGBTIQ people are more likely to experience discrimination, harassment and threat of violence due to their sexual orientation or gender identity. This is due to the existence of homophobia and transphobia on a high level. Some of the factors that reinforce homophobia and transphobia on a larger scale are moral, nationalist, religious, and political beliefs of dominant groups in these countries.

Therefore there has to be well-suited protection for the LGBTIQ society, which these countries all fail to assure. Protection of discrimination and the integrity of the person are one of the priorities in the international documents to which all the mentioned above are signers.

No country or institution should deny its people their rights because of their sexual orientation or gender identity which is why we need governments, NGOs and society to stand up against the violations of these rights in our countries.

You can read the whole document here.