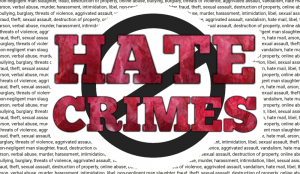 When it comes to effectively combating hate crimes or unlawful behaviors committed out of prejudice as a motive, there is much that needs to be improved: the legal framework, identifying hate crimes, reporting by the victim, witnesses and the community, understanding the concept among experts, raising awareness of the social dangers of this phenomenon etc., but not all of these efforts will produce results, if those who first encounter the victims of these acts are guided by their own prejudiced views.

There are many definitions of the concept of prejudice, but most can be understood as negative value judgments or opinions about a person, group or phenomenon. Stating them as such will not necessarily have negative consequences, but if we consider the fact that prejudice are attitudes that affect a person, so that he or she acts favorably or unfavorably on another person or group of people, it becomes clear how devastating they can be. Particularly when talking about the prejudicial attitudes of police officers, regardless of whether they are prejudiced against a particular religion, nation, race, sexual orientation, language, or other protected characteristic.

There are many ways and measures to address prejudicial attitudes that can be applied by the police, but starting from the fact that many theories point out that prejudice are negative attitudes about a person, group or phenomenon created before real, direct experience with that person, group or phenomenon, or without knowing or exploring the facts, then raising awareness of the negative implications of prejudice, exposure to diversity, and sensitization and education are the most appropriate measures.

When we talk about raising awareness of the negative implications of prejudice, we are essentially talking about transforming and deepening communication between the police and the community, which will ultimately have a two-way effect. Namely, in addition to acting on the prejudicial attitudes of police officers, this measure will also affect prejudice that the community has against police officers, which will lead to greater community trust in the police, but will also increase the number of reports of these crimes. Whether implemented within the concept of community policing as a technique of contact and cooperation, or in the form of training and workshops to be conducted within other activities, its impact is of great importance.

A direct, almost inseparable link to this measure is the measure of exposure to diversity. Namely, a great deal of research points to the fact that contact with a person, group or community against which an individual has a prejudiced attitude will influence them in the direction of reducing them. This is precisely what makes this measure extremely effective. Whether it is by interpolating persons who hold characteristics that arouse prejudice into the educational processes of police officers, through the application of live library techniques, or also by integrating it into the concept of community policing, this measure is imposed as a must.

Education, although extremely old, is still an unsurpassed measure in the fight against prejudice. Namely, it is often emphasized that prejudice are negative attitudes about a person, group or phenomenon created without knowledge of the same, which in itself emphasizes the inevitability of this measure. It can be carried out in the form of basic police training, continuous training, or occasional workshops and training, and as such should certainly be a must-see in a strategy to combat hate crime.

Finally, the implementation of all the above measures contains a measure of sensitization. Acquiring knowledge about a particular person, group, or phenomenon, being aware of the negative implications of prejudice, and exposing the police officer to the person harboring the prejudice towards will inevitably result in an increase in his or her sensitivity towards that person, group, or phenomenon, which will in the long run enhance his or her behavior in the field of hate crime.