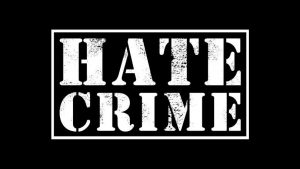 A great number of research points to the fact that victims of hate crimes rarely report these acts in comparison with victims of other crimes. There are many reasons for this, however, the most prominent are certainly the fear of secondary victimization, the fear of revenge against the perpetrators, the fear of blaming for their own victimization, feelings of guilt and shame, insufficient information about where and how to report the incident, and how they will be reported, reporting assistance, but also the victim’s not recognizing the incident as a crime, and unavailability of support services. But whatever the reason for not reporting, it is a fact that unless the prosecution chain learns about an incident, it is unlikely that anything will be done about it. This is why reaching out to victims of hate crime and encouraging them to report is imperative.

In order to encourage reporting of hate crimes by the victim and the community, first and foremost – the will, but also a comprehensive approach is needed, primarily in the relation of police officer (police) – victim (community). Specifically, the extent and quality of police access to the community and the level of police training are often directly linked to the number of reported crimes. For this reason, in addition to adequate legal regulation in this area and the training of all experts involved in the fight against hate crime, a number of practical measures should be implemented to encourage the reporting of crimes committed as a motive for prejudice.

Which measures or series of measures will be specifically addressed depends on the legal system, the situation in society and the training of the employees of the criminal justice system on how to investigate hate crimes, work with victims and conduct criminal proceedings. However, in the range of measures on offer, each system can take a step towards encouraging victims and society to report hate crimes.

One of the practical measures to encourage the reporting of criminal offenses committed out of prejudice as a motive is certainly reaching out to communities and fostering relationships between police and social groups in such a way that victims feel secure about reporting a crime, whether this is done through the concept of community policing or other programs. The importance of coordinating police action with the activities of civil society groups providing assistance to victims or their communities is also not negligible. This type of cooperation can be a good way to boost community confidence, and consequently to gather more information about hate crimes and increase official reporting. Namely, no matter what the specific measure is, in order to increase the number of reported hate crimes, it is necessary to strengthen trust in the police among groups exposed to hate crimes.

Raising awareness of victims about the concept of hate crime and raising awareness on their rights are also very important measures to encourage reporting. These measures can be implemented by educating the public (especially young people) on hate crimes, tolerance and non-discrimination, by engaging prominent public figures such as famous athletes, actors, musicians, etc. to participate in hate crime programs and campaigns, persuasive condemnations of hate crimes by national leaders etc.

Making the application process easier and simpler is an indispensable measure in this area. Namely, the very formal side of the process of reporting an act by a victim or witness can be demotivating. Some of the mechanisms that would facilitate reporting are the establishment of special police units or contact officers for victims of hate crime, the establishment of special police units that proactively reach out to victims, ensuring that those reporting the crime are treated without discrimination, which includes a more serious understanding of hate crimes by the police, allowing an application through an IT application that gives victims the opportunity to report their victimization to the police online and even anonymously, and introducing third-party reporting.

The above-mentioned would greatly relieve victims of reporting crimes by offering third parties, such as civil society organizations advocating on behalf of victims, to participate in hate crime proceedings. This is also a useful tool in situations where individual victims cannot be identified, so we can talk about a lawsuit in the public interest/ actio popularis to allow third parties to instigate hate crimes on behalf of, or in support of, victims.

Lastly, the measures that should certainly not be ignored are better protection for victims and others who share their protected characteristics from the perpetrator and support for the victims.

Ultimately, it can be emphasized that whatever specific measures a particular national system chooses, proactive reach out to victims of hate crime and encouragement of reporting of hate crimes is a necessary link in the process of combating this extremely socially destabilizing phenomenon.