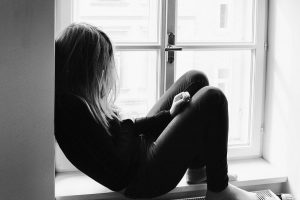 Because of their sexual orientation, LGBTI persons are exposed to different forms of exclusion, discrimination and violence. Unfortunately, that practice often starts in their families, among the people who, instead of supporting and accepting them for who they are, push them away and make their lives miserable.

In BiH, during this and last year, the increase in cases of discrimination and violence against LGBTI persons in their families has been documented. As Vladana Vasić from Sarajevo Open Centre told us, from January to September this year, they documented seven cases of domestic violence.

“The cases vary from threats and blackmails, illegal freedom deprivation and prohibition of movement, violence and causing bodily injury, to forced treatment. The perpetrators in all these cases were parents or brothers/sisters with the support of the wider family members”, said Vasić.

The age of the victims is of no relevance. The victims are minors from 16 and 17 years old, but also persons who are 30 years old and till live with their families or visit their family members for a longer period of time.

In some cases, the family members have used lies and fraud to bring the people to a space in which they would keep them closed and force them to treatment. In cases where violence was reported, the police did react, but just after some time and few calls, and, even though they mostly reacted correctly, they had comment, such as ‘that is all OK and the person has the right to choose how to live their life, but they can be cured if they wanted’, or they kept people from reporting their family members. The problem are also religious officials or psychologists and psychotherapists who claim that they ‘cure’ homosexuality, so the families of LGBTI persons ask them for advice and help”, said Vasić.

The special problem is putting minors in institutions, when they are removed from the families in which they suffer from violence. Vasić points out that it is necessary to find a clear systematic solution, train police officers, social workers, personnel that works with victims of domestic violence, in homes for neglected children, psychologists who work with the family members and school staff that could notice and report signs of warning.

“These measures are directed towards helping the people who must leave their home and family, because of the domestic violence they went through, and the most ideal measure to go with it would be to raise awareness of the public on the existence of LGBTI persons in BiH, who are citizens with equal rights, also to include topics that promote tolerance and respect for human rights in the education system, as well as to publicly condemn any kind of violence motivated by sexual orientation, gender identity or sex characteristics of the victim”, she said.

Unfortunately, most of LGBTI persons who live with their families never tell the truth and are forced to act in fear of violence or nonacceptance.

“I have never told my parents that I have girlfriends, and not boyfriends. I am simply ashamed to say that to my mother. All my friends know it, but no one in my family”, said Alma who is 26 years old.

The text was originally published on web portal Klix, on 15 September 2017