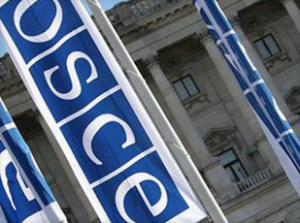 Office for Democratic Institutions and Human Rights of the OSCE (ODIHR) on its website, which is used for the reporting of hate crime, published the data for 2013.

Website, which was launched in September, is aimed to the Member States of the OSCE, civil society, media and the general public for their easier access to information about hate crimes that ODIHR collected.

Figures unfortunately show that people continue to be targets of hate crimes across the region. Civil society plays a crucial role in the reporting of hate crime because it complements and contextualizes official data, but also reveals the gaps in the official reports.

ODIHR, with civil society as its key partner, is collaborating closely with international organizations, all with the aim to improve the reporting of hate crimes.

Data for 2013 includes reports on 36 states, and together with the information relating to the incidents which international organizations and civil society reported, covers a total of 45 countries. Data shows that in all countries of the region in the last four years number of hate crimes is growing .

Two non-governmental organizations gave their contribution to the report on hate crimes in Bosnia and Herzegovina in 2013. The information that submitted the Inter-religious Council shows that there were 30 cases of hate crimes against members and properties of religious communities.

Sarajevo Open Centre is another organization that has provided data on hate crimes in Bosnia and Herzegovina. These data is related to hate crimes committed against LGBT people. In accordance with this information, in the past year there were four physical attacks on LGBT people, three of which were group attacks, and one resulted in serious injuries, there was an armed robbery, five threats and one offensive graffiti.