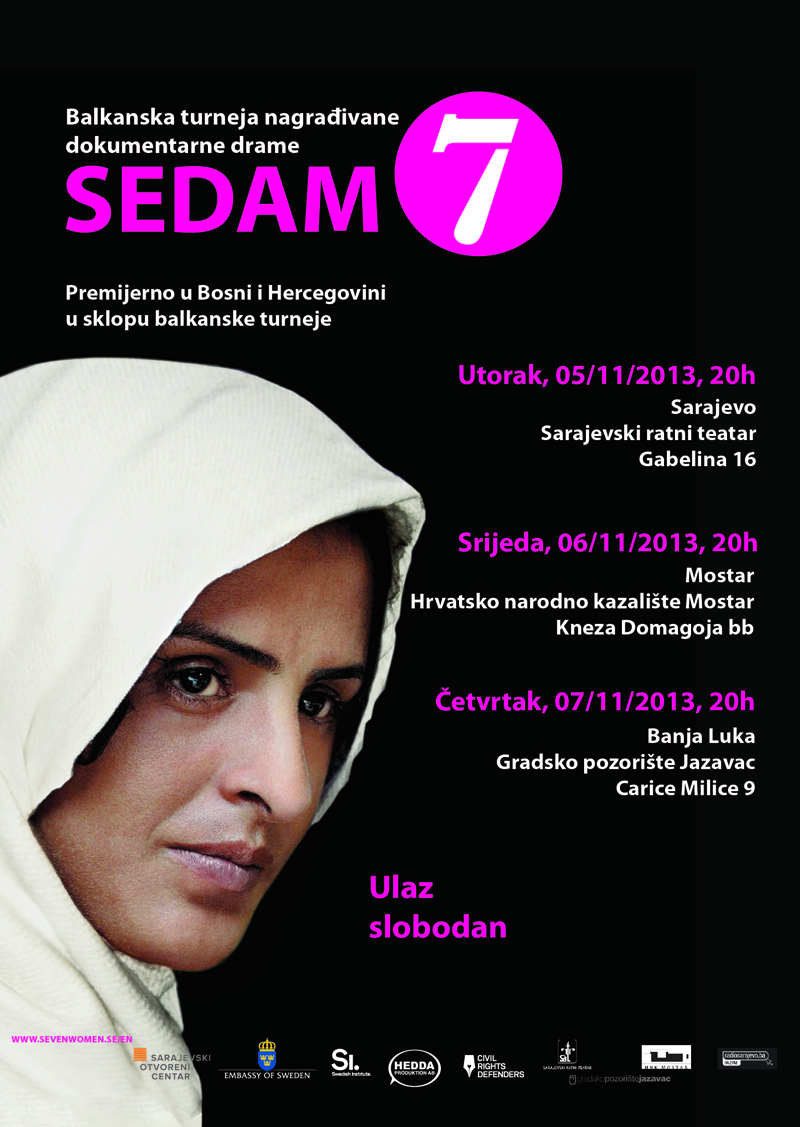 We invite you to the press conference on the occassion of theatrical reading of the revolutionary activist documentary drama SEVEN in Sarajevo, Mostar and Banja Luka.

Press conference will be held in the premises of SARTR, on Monday, November 2013, at 11 pm.

Speaking at the press conference: author of the SEVEN project, Hedda Krausz Sjögren, Marcus Holknekt, and the second secretary of the Swedish Embassy in Sarajevo, two members of the SEVEN ensemble: Selma Spahić and Besima Borić, and Latifa Imamović, coordinator of the project.

The tour of the documentary drama in Bosnia and Herzegovina is implemented by Sarajevo Open Centre, Swedish Embassy in BiH and Civil Rights Defenders.