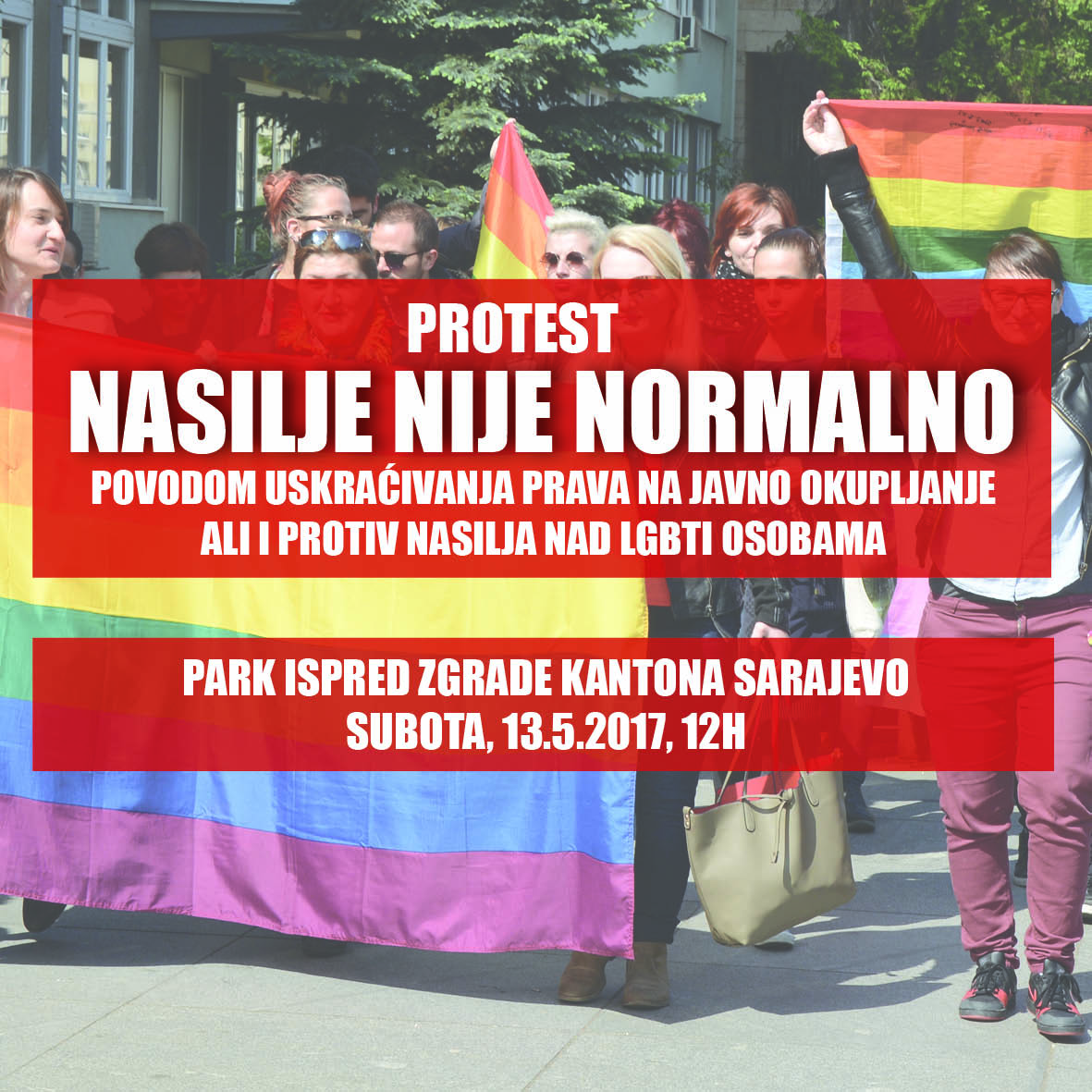 We want to inform you that instead of the planned march for human rights of LGBTI persons that should have taken place on 13 May 2017 in Sarajevo, there will be a protest gathering on the same day toward the Ministry of Transport of Canton Sarajevo, because of the denial of the right to public assembly, but also against violence against LGBTI persons.

Sarajevo Open Centre acted upon the current laws on reporting the march, however, besides many calls and proposals of meeting with the Ministry of Transport of Canton Sarajevo, they never responded to our request, by which they have denied us the right to public assembly, guaranteed by the Constitution and international documents. Having in mind the fact that the Ministry of Transport of Canton Sarajevo has not timely responded to the request, Sarajevo Open Centre cannot follow the BiH law-regulated procedures, not hold the announced march on the chosen traffic route, and that had been closed for many similar manifestations, even minor importance events than protecting human rights of BiH citizens with no complications.

Because of the Ministry of Transport’s administrative silence/failure to reply, that has been going on for a month, the prescribed procedure of the march organization has been completely stopped and disabled, and the right to freedom of assembly of LGBTI persons in Canton Sarajevo has been violated.

Because of all this we invite you to join us to the gathering that will take place the same day, 13 May at 11:45 A.M. – 12:30 P.M. in front of the Ministry of Transport CS (the park in between the Canton Sarajevo building and the Presidency of BiH).

Please, confirm your attendance to the e-mail [email protected].

Your attendance is now of even greater importance!!!