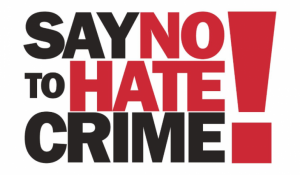 Hate speech expressed in comments is not uncommon in BiH’s online media, but editorial staff often does not find an adequate way to cope with this problem. Spreading hatred and intolerance, unfortunately,  is not just a problem of a virtual community because such public discourse can lead to actual attacks against the community exposed to hate speech.

Combat against hatred-filled public communication towards members of certain communities also means fighting against hate crime. Hate speech is often defined as speech which can eventually lead to violence based on hatred towards diversity. Editor of the Media.ba, Elvira Jukić Mujkić, stated that it is difficult to find an article with a great number of comments without finding those which are offensive and hate-speech related.

„Toxic comments are most common in topics which are related to ethnonational identities, politics and historical events, but unfortunately, they are not unusual in articles regarding sports, and sometimes – depending on the commentator – random articles regardless of the topic – crime, entertainment or economics – are followed by comments containing curses and so-called „counting blood cells“ or identity and orientation-based insults.

In Jukić Mujkić’s opinion, being frequently exposed to such comments may increase intolerance and number of real-life attacks on members of these groups, because society affects us all. This is extremely dangerous if you are a young person who still shapes its his/her views.

„If someone grew up in such an environment which embeds injustice and hatred, encouraging those things through online hatred can result in real-life attacks, whether verbal or physical. Hatred towards minorities, after seeing that there are others who share that hatred, can leave an impression that hatred is socially welcomed and allowed, which can encourage the person to express that hatred in reality,“ Jukić Mujkić explains.

The fact that hate speech in the public space can affect human behavior is confirmed in the project „Dangerous Speech“ which is dedicated to the analysis and combat against problematic public speech. Susan Benesch, founder and project manager, cites a picturesque example.

A recent example of Robert Bowers from USA-man who committed the attack on the synagogue in Pittsburgh, Pennsylvania, and killed eleven people. He was active on a web site called Gab, known for its far-right content, where he regularly read conspiracy theories on Jews financing massive immigration to the USA, including migration of Muslims in order to replace white men. The night before the attack, he wrote a post on the web site in which he cited these theories as to his motivation for the attack.

Still, it is hard to say hate speech itself can cause violence as there are many other factors which affect human behavior. Because of that, the project „Dangerous Speech“ introduces the term „dangerous speech“ which replaces hate speech.

„Dangerous speech represents every form of expression which can increase the risk of publicly approving or participating in violence towards members of another group. It is important to say that this does not relate to the speech itself, but to all four factors: speaker, audience, historical and social context, and media.“

Is the fight possible?

At the beginning of April, Klix.ba reported that their cooperation with state institutions and internet providers resulted in the arrest of three people who wrote hate speech comments on this portal, with up to 10,000 comments daily. Although users accept the rules on writing comments while registering, many readers abuse this possibility, says Amil Dučić, a member of the editorial board of Klix.ba. Besides the administrator, there is special software which classifies comments based on reports on the portal.

“Hundreds of comments which contain hate speech are being erased on a daily basis and the users who posted them are being banned. It also means a lot to us the fact that readers use the “Report comment” option as soon as they see a comment which contains hate speech.”

The media community, domestic and global, has been discussing on how to solve hate speech in comments, and suggestions are many – from filtering comments to completely disabling comments,  which was a choice of many global media. Regarding this question, Dučić spoke on behalf of Klix.ba: „Disabling comments on every news would be as insane as shutting down Facebook, Twitter, considering that you can find a great number of comments on these social media which are even harder to control than, for example, on the portal Klix.ba.“

Jukić Mujkić believes that in some cases, resolving this problem adequately would mean higher financial allocations for media, especially if additional persons were to be hired in editorial staff. However, if media community really does want to fight against hate speech on their platforms, it is necessary to take responsibility and remove hazardous comments.

„This would be a tremendous work which would require additional financing, but these sites gather a great number of people who bring them money, so removing hate speech would be a responsible thing to do“, Jukić Mujkić concludes.