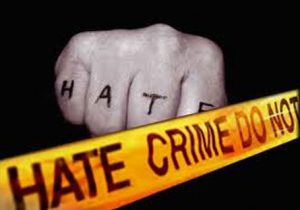 On 16 November 2016, the International Tolerance Day, the OSCE Office for Democratic Institutions and Human Rights (ODIHR), on its website that serves for reporting on hate crime, published data on the number of hate crimes recorded during 2015.

The website was launched in 2014 with the aim to facilitate access to information on hate crimes that ODIHR gathered to member states, civil society, the media and the public. It is important to emphasize that the civil society plays a vital role in reporting on hate crime because it complements and contextualizes the official data, but also reveals the gaps in official reports. ODIHR cooperates closely with civil society and international organizations, with the aim to improve hate crimes reporting.

The information for 2015 include reports from 41 states, OSCE members. The report includes data related to incidents that 113 civil society organizations have reported on, total of 5,357 incidents in 41 countries, and that includes 4,197 incidents that were sorted by the type of incident and the prejudice as a motivation for the incident. To this information the data from international organizations, UNHCR and OSCE Mission from 35 countries were added.

Unfortunately, many victims do not report hate crimes cases. This is affected by many reasons, from language barriers to distrust in authorities. There is a constant need to work with the marginalized social groups in order to encourage and empower them to, when these cases occur, report them to the institutions in charge, for efficient processing and sanctioning of the perpetrators. ODIHR cooperates closely with civil society in order to overcome this challenge, and helps with strengthening cooperation between the civil society and government.

What is the situation in BiH?

In the report for 2015 that OSCE Mission to BiH delivered to ODIHR the cooperation with civil sector on hate crimes was highlighted. When it comes to police agencies and judicial institutions, the cooperation with Sarajevo Open Centre through the two-year project “Combating hate crimes in BiH” was also emphasized, in the scope of which many trainings regarding hate crimes, more precisely the prejudice as a motive for the crimes, took place, and included 155 police officers who attended.

ODIHR notes that BiH has not submitted data on hate crimes cases, prejudice-motivated.

In the context of Bosnia and Herzegovina, the hate crimes-affected social categories are: returnee communities, religious and sacral objects and property of religious communities, LGBTI and Roma persons.