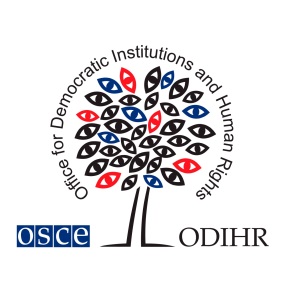 On 16 November 2017, the International Tolerance Day, the OSCE Office for Democratic Institutions and Human Rights (ODIHR), on its website that serves for reporting on hate crime, published data on the number of hate crimes recorded during 2016. This is the third report for Bosnia and Herzegovina.

The website was launched in 2014 with the aim to facilitate access to information on hate crimes that ODIHR gathered to member states, civil society, the media and the public. It is important to emphasize that the civil society plays a vital role in reporting on hate crime, because it complements and contextualizes the official data, but also reveals the gaps in official reports. ODIHR cooperates closely with civil society and international organizations, with the aim to improve hate crimes reporting.

The information for 2016 include reports from 44 states, OSCE members. The report includes data related to incidents that 125 civil society organizations have reported on, total of 5,998 incidents that were sorted by the type of incident and the prejudice as a motivation for the incident.

The number of states in which there is official data on hate crimes motivated by sexual orientation and/or gender identity is 33, and the number of incidents according to other sources is 16, which is on the top of the list of all types of hate crimes. There were in total 900 hate crimes towards LGBT persons, including violent attacks, threats and damage to property.

In some cases, LGBT persons were shown, in the media and by politicians, as a threatening and inferior group that poses threat to public health and “traditional” structures, like marriage and family. LGBT persons are still going through stigmatization and lack of legal protection from discrimination and hate crime. Successive ODIHR annual hate crime reports have included reports of physical assaults and murders, with transgender people being particularly at risk. Serious physical assaults carried out by groups, especially around pride parades, are also common features of hate crimes against LGBT people.

What is the situation in BiH?

In its third report on Bosnia and Herzegovina, the European Commission against Racism and Intolerance (ECRI) recommended that bias motivation be made an aggravating circumstance at the state and entity levels where this is not yet the case. ECRI also recommended that the authorities expand training on hate crimes that would include violence against returnees, religious communities and LGBT people; and that the police duly investigate homophobic and transphobic incidents, while taking motivations into account.

According to the official ODIHR report for 2016, there is no official data from BiH on hate crimes. According to the data that CSOs and international organizations provided, 42 hate crimes were recorded in Bosnia and Herzegovina, out of which seven were towards LGBT persons.

ODIHR notes that BiH had not provided data on hate crimes cases motivated by prejudice as a motive.

In the context of Bosnia and Herzegovina, the socially affected categories by hate crime are: returnees’ communities, religious and sacral communities and their property, LGBTI persons and Roma people.