Within the project “Regionalising LGBTI inclusive psychosocial support and access to mental health services in Bosnia and Herzegovina”, financed by the European Union, at Igman, organized by the Sarajevo Open center on July 30 and 31, a camp for connecting, empowering, and building the capacity of senior to senior groups were held. The event was attended by a total of 14 family members (parents of LGBTIQ persons, partners, and LGBTIQ persons themselves).

The event was opened by Delila Hasanbegović-Vukas and Amina Imamović on behalf of the Sarajevo Open Center, and after the opening, workshop and discussion were held on the topic of hate speech, during which parents spoke with Lejla Huremović, a journalist and activist in the field of LGBTIQ rights, about the experiences and mechanisms of the fight against hate speech. The focus of the conversation was the hate speech on social networks since the group will communicate its work through social networks. The exchange of experiences and advice on preserving mental health and engaging in the fight against hate speech and active participation in activism was of great benefit to the participants. The participants expressed their desire to hold a workshop on digital security next time.

The second day of the event was focused on the creation of a document with the group’s mission and vision, based on which subsequent activities will be planned, as well as the group’s identity. During the event, those present had the opportunity to discuss the future activities that the group will be engaged in, as well as the launching event itself, which will be held in October this year. The practical and theoretical part of the training on running social networks was led by Nejra Agić, a journalist and coordinator for communication of the Sarajevo Open Center. The participants of the event had the opportunity to learn more about what social networks are and how important they are, how to create a Facebook page and the tools that are available, and how to create and produce content and involve the audience.

The goal of the project “Regionalization of LGBTI inclusive psychosocial support and access to mental health services in Bosnia and Herzegovina” is to create an environment in which LGBTI people will be encouraged and supported in accessing social protection and mental health systems that provide inclusive and sensitized services.

The project is implemented by the Sarajevo Open Center, and the project partner is the Wings of Hope Foundation from Sarajevo, which through its mental health protection program strives to improve social inclusion and strengthen women, children, youth, and other vulnerable groups, by promoting and protecting human rights, mental health, and education support.

For information on upcoming activities, follow the website, as well as the social networks of the Sarajevo Open Center. 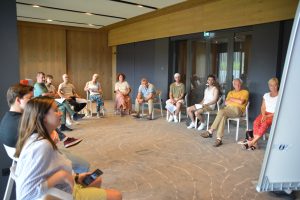 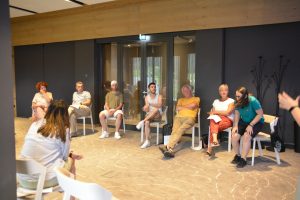