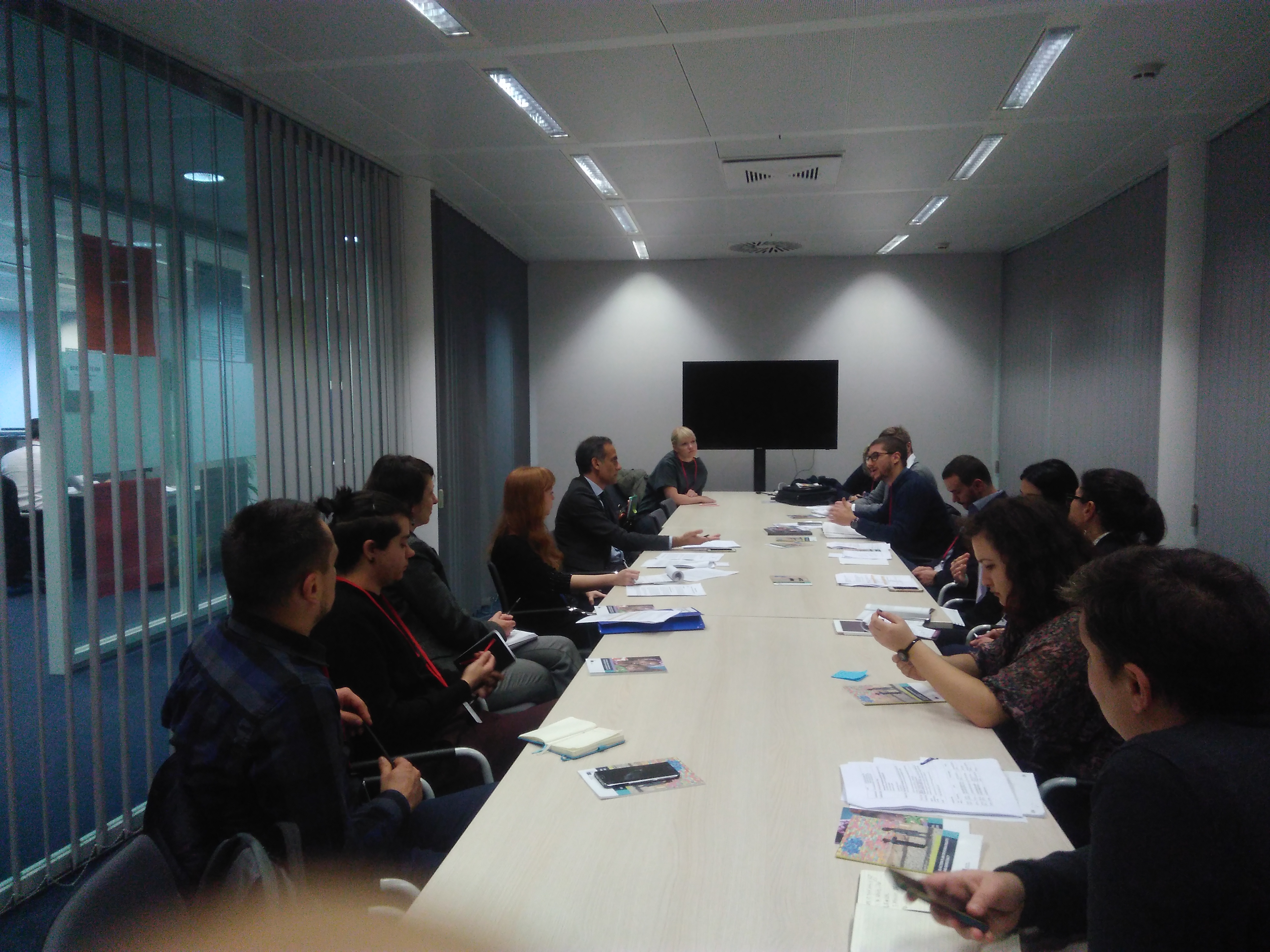 Last week just over a dozen activists from across the Western Balkans descended on Brussels. The week before, on November 9th, perhaps somewhat overshadowed by news of the US Presidential election results, the latest Enlargement Package assessing the progress of countries in the Balkans and Turkey towards accession to the EU was published by Directorate-General for Neighbourhood and Enlargement Negotiations (DG NEAR), presenting a great moment to reflect on what has been achieved in the field of LGBTI rights in the region, and to look forward to what comes next.

In anticipation of this opportunity, ILGA-Europe in collaboration with activists in the region stepped beyond the framework of the Enlargement Package, which largely looks back at achievements to date, and issued our own policy paper outlining the key priorities being pursued by activists in LGBTI rights in the region in the coming years (see this article). And what better way to draw attention to these priorities than by bringing a group of unrelenting, inspiring, daring activists to the capital of the EU to engage with policy makers just a few days after DG NEAR issues its reports.

And that’s exactly what we did. After half a day of exchanging views and experiences of working and engaging with different EU institutions and bodies, the Council of Europe, and even the UN, a few practise runs of pitching our points, and some to and fro-ing about who the main spokespeople would be and what they would say, we set off for what felt like a relay race across Brussels.

The aim was simple – using the backdrop of the newly published Enlargement Package, steer the conversation to what comes next, highlighting:

During the course of the two day study visit activists met with the Strategy and Policy Unit of DG NEAR, specifically with Allan Jones and Chloe Laurens-Dinsdale. We  have grown to know them well over the years, we have seen their commitment grow and develop, and we look forward to continue our great collaboration in the future. Each activist met with the desk officer responsible for their country as well, enabling them to engage in direct discussion about the current situation of LGBTI rights and the priorities moving forward.

Together we also went to the External Action Service, where we met Riccardo Serri, Deputy Head of Division on Human Rights Policy Guidelines and Multilateral Cooperation, and Rachel Albinson, Policy Officer, and spoke about the Guidelines to Promote and Protect the Enjoyment of all Human Rights by LGBTI Persons, and about working with EU delegations. Activists were able to share their considerably different experiences of working with EU delegations, ranging from incredibly productive collaboration in Montenegro, to virtually none, despite concerted efforts from the side of civil society, in other countries in the region. The conversation resulted in an invitation from Riccardo Serri for activists to reach out directly to him when working with delegations proves challenging.

It was very encouraging to see a great interest from the European Parliament’s Secretariat, spanning across multiple committees and working groups, in meeting with the activists. At one point there were more EP staff than activists in the room, eager to make the most of this opportunity and get first-hand accounts from activists about the situation on the ground. So great was their interest that we didn’t quite manage to go through our carefully pre-crafted game plan of who would speak when, yet the natural flow of the conversation was highly engaging, and it was evident that the interest in the topic and the further promotion and protection of LGBTI rights in accession countries – great.

We moved from political meetings to a reception hosted by MEP Ulrike Lunacek, who beautifully articulated the core messages of the policy paper, and invited those present to speak to activists directly, to get their views, their expertise, their insight. To have an informal chat over a glass of wine, while clutching a copy of the policy paper. Only a few copies of the paper remained at the end of the night, so I can only come to the conclusion that interest in it was noteworthy.

You’d think that was a tough-enough schedule to follow, but, no. We managed to squeeze in some media interviews too, and activists could share the priorities in LGBTI rights for the region with the Brussels based channel Bruzz, and the EU Observer.

To what extent our policy paper influences further EU action on LGBTI rights in accession countries remains to be seen, but for now, we were delighted with the level of engagement and interest seen during the study visit. Younger activists were pleased with the new knowledge gained, more seasoned activists (some of whom know Brussels better than I, a newbie in town, do) were pleased to be able to engage in direct conversations with so-called Eurocrats and continue growing previously established relationships. Numerous business cards were exchanged, follow up actions agreed, and – when in Brussels – Belgian beer was had to celebrate a successful series of events.

And on a personal note, now that the stresses of running around Brussels ensuring everyone was where they needed to be is over and I have been able to deal with the explosion which erupted in my inbox while the activists were here, I must say that I miss the energy the activists brought with them, and look forward to the next time they come for another round of the EU relay-race.