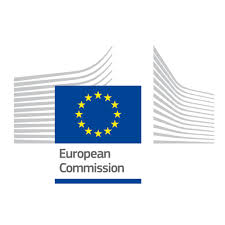 Yesterday, European Commission issued a so called Enlargement Package which includes Bosnia and Herzegovina 2013 Progress Report. The report has showed the current situation in the EU integration process and its limited progress in reaching political criteria, as well as sectors which need evident  improvement.

Enlargement Package is a set of European Comission’s documents which explain the policy of EU enlargement and give its estimate of the progress made in every EU candidate or possible EU candidate country in reaching the conditions and goals set by the EU. It also contains executive summary on operative measures which need to be taken based on the action plans. A country’s progress is measured on the basis of adopted decisions, adopted laws and taken measures, and the Report itself is based on the data submitted by EU candidate or potential EU candidate countries, EU state members, European Parliament report, and data submitted by international and non-government organisations.

Helping the aim of comprehensive presentation of the BiH progress, Sarajevo Open Centre gave its contribution to the Report by submitting suggestions and data to the EC, engaging in debate and advocating in order to cover as many topics and measures important for the protection and respect of human rights in BiH, with special emphasis on the specific LGBT perspective.

Report emphasises that, in spite of a certain progress, discrimination against lesbian, gay, bisexual, transgender and intersex (LGBTI) person is still widespread, and LGBT activists are often subjected to harrasment, threats and even violence. The level of hate speech and hate crime, motivated by sexual orientation and gender identity in BiH, are very alarming, and (the amendments foreseeing the adoption of hate crime and hate speech in the FBiH Criminal Law were not adopted because of the lack of support in the House of Representatives in the FBiH Parliament) it is crucial to work on the efficient investigation and processing of hate speech and violence against LGBTI persons.

As progress on the protection and respect of the human rights of LGBT persons, Report states the removing of discriminatory provisions in the questionnaire for voluntary blood donors in the Blood Transfusion Institute of the Federation and the readiness institutions of Canton Sarajevo to implement the laws, and work on raising the trust of LGBT persons in the government institutions.

Although Report states that the police of Canton Sarajevo has designated a contact person for LGBT, this is, sadly, not the case. Police of Canton Sarajevo and Sarajevo Open Centre have established a cooperation which resulted in a sensibilisation training for the specific needs of LGBT persons, and communication and joint work in several cases of of hate crime.