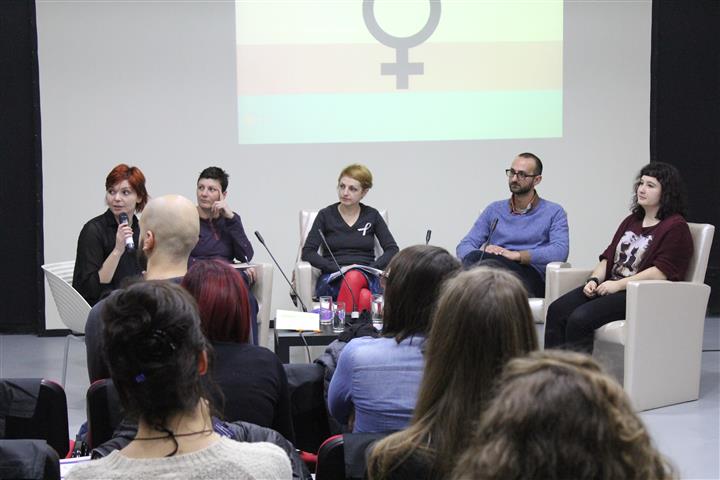 On Monday, 07th of December, within Sarajevo Open Centre’s program on the occasion of 16 Days of Activism and the Human Rights Day, public promotion of the publication “Life beyond given norms: Being transgender in Bosnia and Herzegovina“ was held at Mediacentar Sarajevo. The panelists were authors of the publication – Slobodanka Dekić, Jasmina Čaušević, Damir Banović and Vladana Vasić on behalf of Sarajevo Open Centre.

Only in this year, Sarajevo Open Centre organized a few events that have contributed to mainstreaming the issue of transgender in public discourse. In April, a workshop that was held in Sarajevo was led by transgender people from BiH and the region. The idea was to strengthen the transgender community and form trans* support groups. During that workshop we received specific inputs what are the priorities for transgender people in BiH. In June 2015 there was a big regional conference in Sarajevo “The dialogue on transgender issues – Trans* as a political and health issue” where we have learned a lot and exchanged ideas and practices from trans* people from the region, but also from experts, coming from health and legal sector.

Finally, it was time to sum up all the lessons learned in one comprehensive study publication. Therefore „Life beyond given norms: Being transgender in Bosnia and Herzegovina” contains three parts. In the first part author Slobodanka Dekić reviews the basic concepts and phenomena but also different forms of transgender communities in the world and in our country. As a longtime activist, she raised the issue of transgender pathologization but also the issue of trans women, why are they invisible, not only in the transgender movements in the region, but also in Bosnia and Herzegovina.

Jasmina Causevic presented research that was designed and implemented by Ryan Daniel Finn. Ryan conducted a survey among transgender community in BiH, with the aim to understand and identify problems that trans* people face in BiH, so we can all work together to improve the rights of transgender and transexual people in BiH. The questionnaire was extensive, based on similar surveys conducted TGEU and ILGA, and touches upon: family relationships, coming out, health, education, employment, violence, discrimination and access to medical services. The ages of the respondents is varying from 15 to 56 years of age.

Damir Banovic, assistant at the Law Faculty at University of Sarajevo and the author of the publication, and Vladana Vasic, lawyer on behalf of the Sarajevo Open Centre, talked about legal framework that currently exist in BiH as well as about good legal practices from the region and Europe. Taking into account the legal framework of countries in the region and Europe, the best solution in BiH seems to be imposing the special law on gender identity instead of giving amendments to existing laws that are in the sphere of health insurance, pension insurance, birth certificates, documents change, etc.

Discussion that followed, raised the issue of potential third gender mark in the documents, if that would be possible in BiH, additional education and of police officers while working with transgender and transexual people, (de)pathologization and what we as individuals, but also within our organizations, institutions and political parties, that are part of the governance in BiH, can do to support and advocate for trans* rights.

We want to thank other participants as well, embassies and non-governmental organizations and individuals and/or groups coming from Banja Luka, Doboj, Mostar, Tuzla, Zavidovici, Zvornik and Živinice who expressed their willingness to provide support (either by providing a safe space, advocacy, workshops, etc.) for the rights of transgender and transexual people in BiH.

We also had media with us; media coverage from Dnevnik 3 FBiH TV can be seen here.

We are looking forward to next year advocacy and more trans* rights! 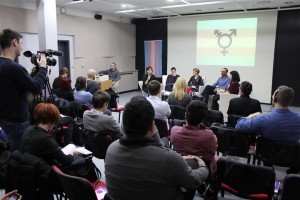 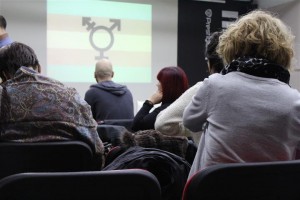 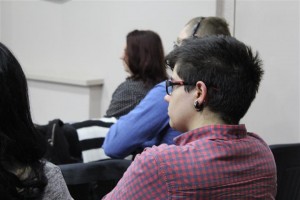 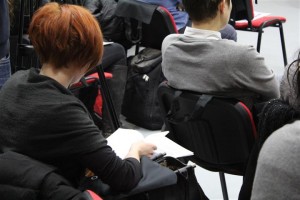 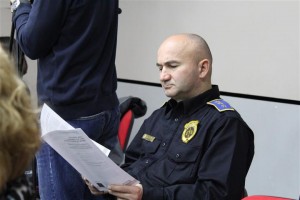 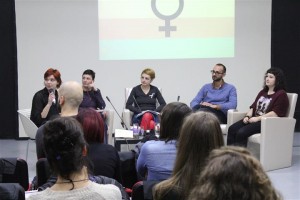 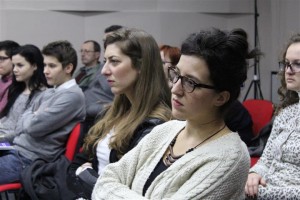 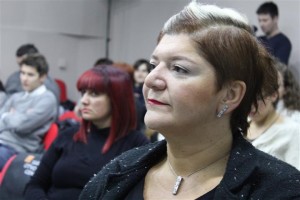 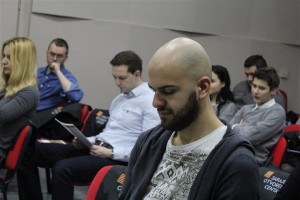 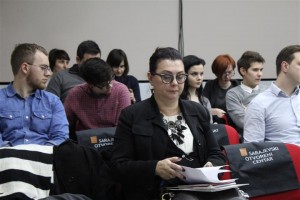