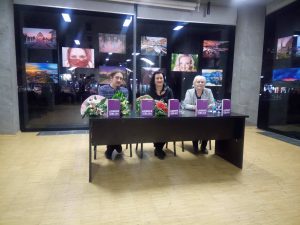 In the Music Pavilion of Staklenac in Banja Luka on December 1st, Sarajevo Open Centre organized the promotion of  book  “Women leaders close-up” written by  Jelena Milinović. The promotion was moderated by journalist and literary critic Djordje Krajisnik, and the excerpts from the review of the book ”Women leaders close-up” were read by an actress Gordana Milinovic.

The book written by  Jelena Milinovic represents the first-rate contribution of this author to the study of the leadership of women in Bosnia and Herzegovina. It is about the work that represents a pioneering effort to map the issues of leadership in BiH, and to detect its flows and problems faced by women leaders as obstacles and challenges. What is particularly important is that Milinovic questions the issue of women’s leadership in BiH, its perspectives and limitations, in the wider context of gender politics and patriarchal frameworks. Creating a more comprehensive picture of women’s position in the Bosnian-Herzegovinian society. Also, it is a book that provides direct information on fieldwork and interviews to how women’s leaders in BiH are created and how they survive. Which is a good basis for continuing research in this important social field. 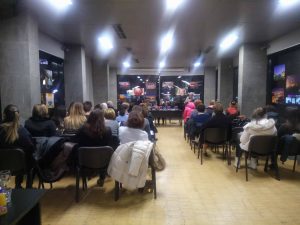 Speaking in the framework of this promotion, Milinovic addressed the issues of emancipating potential of women’s leadership and experiences through direct work and conversation with women leaders in our country. During the  promotion, Milinovic presented a series of positive examples, in which women leaders, despite the limitations and difficulties of this context, succeed in achieving positive results in the process of establishing gender equality.