LGBTIQ people who have experienced violence because of their gender identity and/or sexual orientation can now directly establish contact with prosecutors – contact persons in all cantonal prosecutor’s offices.

This significant victory for the Sarajevo Open Centre is the result of years of direct collaboration with prosecutors. Five new contact prosecutors were appointed following a two-day training on the topic of LGBTI human rights for prosecutors from five cantonal prosecutor’s offices in October 2022: Una-Sana Canton, Posavina Canton, Canton 10, Central Bosnia Canton and Sarajevo Canton. Special emphasis was placed on hate crimes and discrimination against LGBTI people.

For several years, one of the Sarajevo Open Centre’s main goals has been to educate and sensitise police officers, prosecutors, judges, and lawyers about the LGBTI human rights, as well as to build and increase LGBTI people’s trust in the police and the judiciary. Since 2013, we have been working continuously on the education of representatives from the entire criminal prosecution chain, because increasing the knowledge of legal experts will lead to an increase in the effectiveness of the existing legal mechanism for the protection of LGBTI and other minority groups’ human rights.

From 2018 to 2022, direct collaboration was achieved with all cantonal prosecutor’s offices in the territory of the Federation of Bosnia and Herzegovina.

The willingness of the prosecutor’s offices to sensitise and additionally educate prosecutors on how to work with this marginalised group exemplifies the proactivity and willingness for continuous improvement and professionalisation of their work that judicial institutions should nurture. This approach contributes to the development of institutional understanding and mechanisms for the protection of LGBTI people’s rights, while directly responding to the mapped and real needs of LGBTI people.

The institutionalisation of this collaboration through the appointment of contact persons, specifically prosecutors for hate crimes against LGBTI people in cantonal prosecutor’s offices, is a mechanism that will undoubtedly increase the number of reported and processed cases of such crimes, ultimately restoring LGBTI people’s trust in judicial institutions.

The Sarajevo Open Centre documented 14 cases of crimes and incidents motivated by prejudice based on SOGI in 2021. From January to December 2021, seven of the 14 documented cases occurred in a public place and/or online, and one was related to domestic violence. 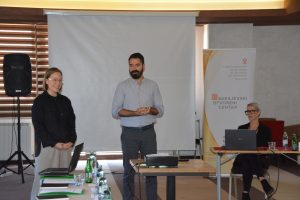 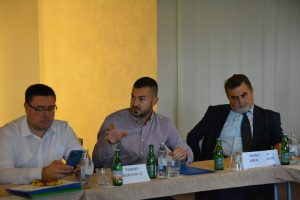 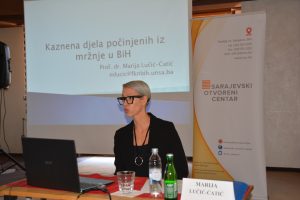