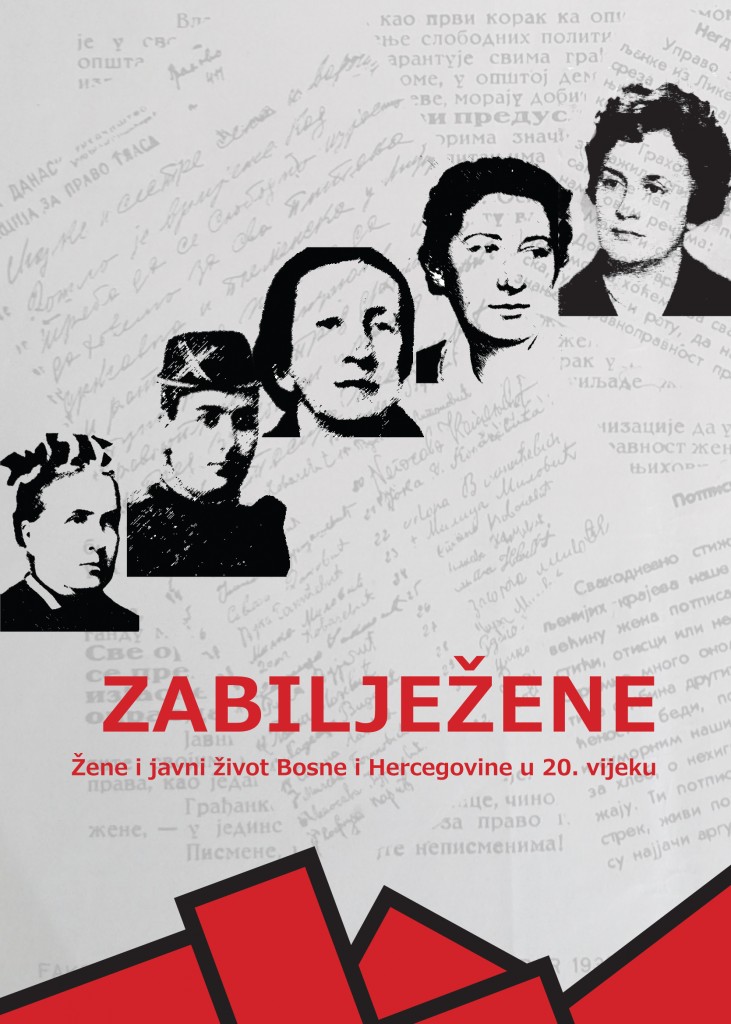 PitchWise 2014, organized by the CURE Foundation, was officially opened in the Museum of Literature and Performing Arts BiH on Tuesday, September 11 with the promotion of the book On Record: Women and Public Life in Bosnia and Herzegovina in the 20th Century which was realized by the Sarajevo Open Center with the partner support of the BiH Office of the Heinrich Böll Foundation and the Swiss Embassy in BiH. In the book, women associations and the individual efforts of women over the last hundred years are placed into a wider social, legal, economic, cultural and political context in Bosnia and Herzegovina.

Amila Ždralović, Aida Spahić, Bojana Đokanović, Arijana Aganović, Elmaja Bavčić, Emina Žuna, Ivana Dračo, Zlatiborka Popov-Momčinović, Fabio Giomi and Zlatan Delić write about women’s contributions to the artistic, political, scientific, activist, cultural and other spheres of public life. The book was edited by Jasmina Čaušević. According to the foreword, the book is primarily an activistic response to the systematic neglection of women’s contributions to BiH culture and it presents an attempt in providing us with an outline for studying the history of women in Bosnia and Herzegovina.

You can see what Zlata Grebo, Zlatan Delić, Elmaja Bavčić, Amila Ždralović i Jasmina Čaušević said about the book in the follow-up.

Videos are on bosnian/croatian/serbian language.