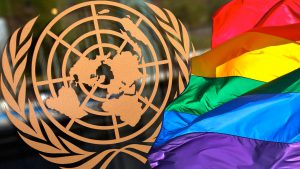 On March 13 and 15, United Nations Human Rights Council will carry out a review of Bosnia and Herzegovina’s realisation of obligations in accordance with the International covenant on civil and political rights. Accordingly, Sarajevo Open Centre referred a submission on the situation in Bosnia and Herzegovina regarding human rights of LGBTI persons and suggested recommendations to the state.

2016 has been a promising year for human rights of LGBTI persons in Bosnia and Herzegovina. The Law on Prohibition of Discrimination has been amended and in addition to sexual orientation and gender identity that were included in the Law in 2009 and were only defined more clearly in 2016, discrimination has been prohibited on the ground of sex characteristics as well. This Law has so far been the first Law in BiH to explicitly protect intersex persons from discrimination. The Criminal Code of Federation of BiH was also amended with hate crime regulation that covers homophobia and transphobia as motives of such crimes. Thus now, all three administrative units’ criminal codes in BiH (two entities and Brčko district) prohibit and sanction hate crimes.

In December 2015, authorities made another pioneering move: Government of Republika Srpska passed their Annual Plan for Implementation of the Gender Action Plan (GAP) for 2016, which also contains specific measures for the protection of LGBTI people’s rights. The government of FBiH followed soon after in March of 2016. This was the first time that the governments in Bosnia and Herzegovina included LGBTI people’s rights in their action plans and have implemented certain activities directly in cooperation with Sarajevo Open Centre. Similar plans are in place for the upcoming period, and ongoing cooperation is expected to continue. The Institution of Ombudsperson of BiH also issued a Special report on the state of human rights of LGBT persons in BiH with human rights violations analysis and concrete recommendations for improvement.

Despite the positive aspects mentioned above, a particularly worrying trend was also noticed in the inadequate processing of the attacks on LGBTI individuals, mostly in cases where they exercise their right to the public assembly: the case of Merlinka in 2014 and the attack on the visitors of the Art Kriterion Cinema in March of 2016.

None of these cases has had a court epilogue so far, and Sarajevo Open Centre has filed an appeal to the Constitutional Court of BiH for violation of freedom of assembly. 2016. has started with several severe human rights violations, one involving a case of illegal imprisonment and forced and involuntary treatment of an individual’s gender identity by his own family which was only stopped after it was reported to the police. The police acted as a mediator instead as a protector of the victim and though they “helped” the victim leave they also mention “he could be cured if he wanted to”.

Another worrying trend is seen in the increase of homophobic bullying and increased negative pressure on LGBTI activists and organisations. The bullying in this specific case is targeted towards individuals associated in any way with an organisation known for LGBTI activism, as well as towards the members of the organisation. Once again, the response of the institutions in charge was inadequate and sporadic.

In 2016 Sarajevo Open Centre documented more 21 cases of hate crimes against LGBTI people, more 200 cases of hate speech towards these people, 5 cases of discrimination on the ground of sexual orientation and gender identity. The number of people inquiring about asylum seeking in EU and USA, of people inquiring about legal gender recognition and the possibility of concluding same-sex partnerships has increased.

An opinion poll carried out by the US-based National Democratic Institute (NDI) revealed that 72% of the LGBTI people surveyed in Bosnia and Herzegovina had been verbally harassed or abused, 51% had been personally discriminated against and 15% had been the victim of physical violence because of their sexual orientation or gender identity.

It is more than clear that BiH has to work harder on the implementation of the existing legislation and policies, and it has to focus directly on combating the causes of homophobia and transphobia in society through concrete measures and actions. Such measures and actions are to be developed through a specific Action plan for equality of LGBTI persons in BiH that is to be developed in 2017 by Ministry of human rights and refugees of BiH. However, so far the Ministry is still in the process of assembling the working group for this Action plan.

In the submission Sarajevo Open Centre pointed out that Bosnia and Herzegovina should:

You can find the full text of the submission on the following link.