Ignorance gives birth to discrimination, that is the conclusion of the research that was conducted by the National Democratic Institute (NDI) in June and July this year, and it relates to the LGBTI issues in six countries of the Western Balkans (Serbia, Bosnia and Herzegovina, Albania, Kosovo, Macedonia and Montenegro).

And an average inhabitant of the Balkans knows almost nothing about LGBTI. The very term LGBTI is not fully clear to him/her, and in the vast number of cases the general perception is limited only to homosexual persons, while the transgender, transsexual and intersex persons are almost fully suppressed. On the top of knowing and understanding the subject matter are placed Montenegrins and Serbs, while Bosnians and Herzegovinians are on the bottom of the list.

The invisibility of violence and discrimination

This is, yet, the top of the ice berg regarding the basic ignorance of the real situation and the position of LGBT people in society. The majority of the population in Bosnia and Herzegovina considers LGBT as not being victims of specific mental and verbal violence. Only 32 per cent of the examinees notice this kind of a problem, while, among LGBT people, even 72 per cent of them claims not being exposed to it directly.

Similar differences between the perception of mental and verbal violence in society, and the real situation of LGBT people were detected by the research in the whole area of the Western Balkans. Bosnia and Herzegovina, nevertheless, has its specificity: if and when our country experiences this kind of violence, its sources are, most often, unfamiliar, even in 42 per cent of the cases (31 per cent in Montenegro, 26 per cent in Serbia, 20 per cent in Macedonia, 15 per cent in Albania, 12 per cent in Kosovo).

The research conducted among LGBT people shows that school friends, hooligans, unknown people are the sole source of physical violence in Bosnia and Herzegovina. In the whole Region, the most interesting is, however, the case of Kosovo where even 50 per cent of physical violence comes from friends. 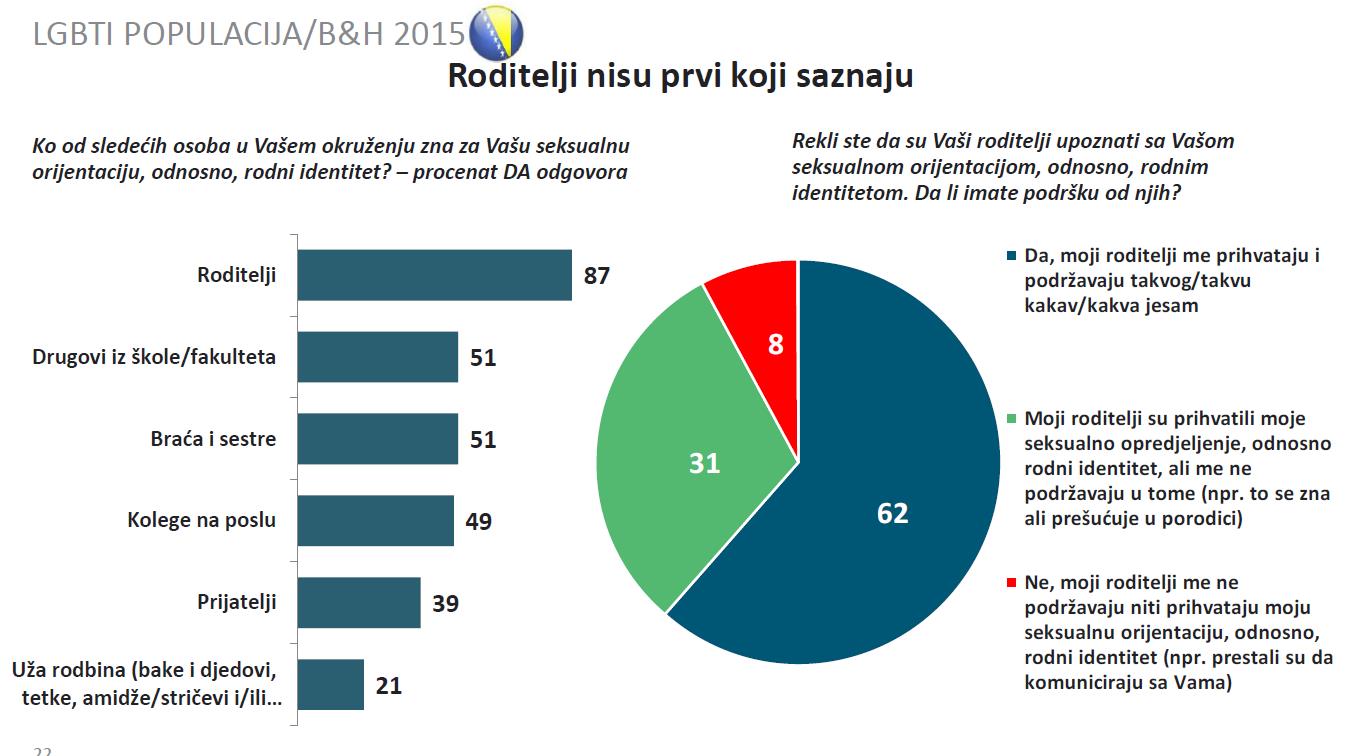 In Bosnia and Herzegovina, a slightly better situation, regarding the relations of LGBT people with their neighbours and friends, is present, with 36 per cent of friends and neighbours that would support them, which makes B&H the second positive result after Serbia (46 per cent). The vast majority of the inhabitants of the Western Balkans would, still, end all the contacts with such a person, in B&H even in 30 per cent of cases.

Understanding is the key to tolerance

The conducted research deals with the relation towards LGTB people, depending on the (in)cognition of those persons.

The source of such negative relation towards LGBT people is, according to the numbers, ignorance. Only one of ten examinees in B&H had personal contact with LGBT persons, and that contact significantly decreased the amount of stereotypes and prejudices. 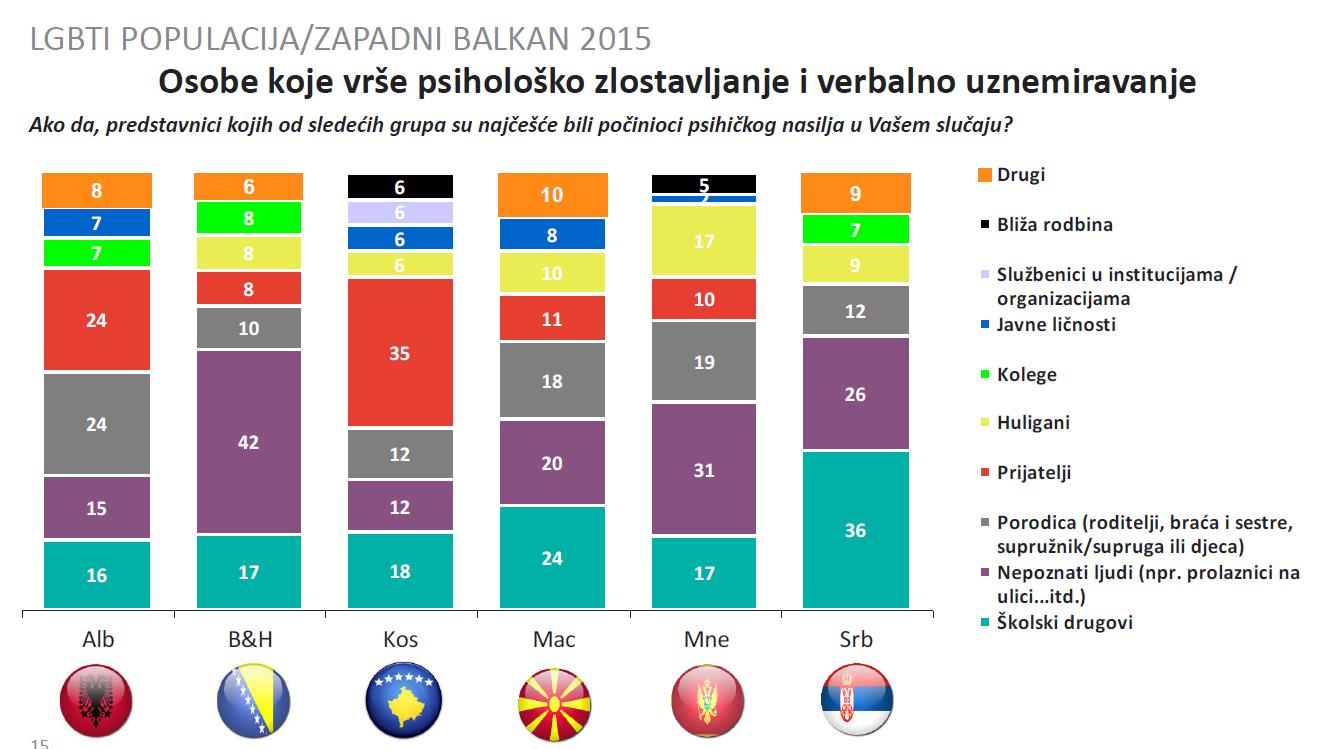 The similar conclusions we can derive from the part of the research that relates to the acceptance of the same-sex marriages: for 70 per cent of the examinees those are completely unacceptable. Nonetheless, Bosnians and Herzegovinians accept certain rights that derive from the marital community (visits to hospitals and prisons, the division of property, health insurance, inheritance), except for adopting children. And again, the percentage of the examinees that are ready to recognize certain privileges to LGBT people is rising more than in double if they personally know some of them. In the case of adopting children, the percentage of support rises from 9 to 30 per cent.

In that sense, it is important to emphasize the general lack of interest in human rights among the citizens. The examinees from all the countries of the Western Balkans agree that the main problems of their countries are unemployment and the economic situation. It is interesting that there is great political potential in LGBT people. LGBT people are active voters, mainly in B&H where on the last elections even 69 per cent of them voted. However, 9 per cent of them are members of political parties, while 16 per cent of them would be ready for the active enrolment in politics.

In the context of these conclusions, the question is imposed on: How to further know the problems of LGBT people?

The final conclusion of the research is discouraging. Even 48 per cent of LGBT people do not feel safe in the places they live in, and 37 per cent of them plan to leave their countries in the next two years.