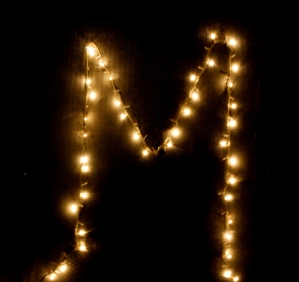 The international queer festival Merlinka held in Sarajevo was announced to the police twenty days before its opening. We had a meeting, they received all the necessary information, they were aware of the risk, and we were handed instructions on what to do. Encouraged by the agreement, we invited people to attend the festival, watch queer movies and to enter a discussion on transsexuality. We promised them that they will be protected in art cinema Kriterion.  The opening was festive and relaxed. For three hours, we enjoyed the film in the company of numerous friends and police members.

On Saturday morning we saw direct online (Facebook) threats and invites to attack the participants of the festival at 3 PM. We contacted the police a number of times and informed them of our apprehensions. Our program started around 3: 15 PM with a discussion on transsexuality with our guests from Croatia, Serbia and Bosnia and Herzegovina. There were six more people on the stage, and twenty five to thirty in the audience. None of the police members were there. Five minutes after the discussion started (3:20 PM), the sounds of rumbling, racketing, shouting and cursing were heard and twelve masked persons barged into the auditorium; tearing down and smashing everything on their way. The attack lasted less than five minutes. They left as furiously as they came. The injured were taken to the hospital and then to the police station to give a statement. The rest of the program for the day was cancelled, but we announced that the festival will resume on Sunday at 4 PM.

On the closure of the festival on Sunday, art cinema Kriterion was a place of civil and human resistance to the faschist ideology, fear and anarchy. Over two hundred people attended the closing of the festival and over twenty police members surrounded Kriterion throughout the day. Beside the story of solidarity, support, (in) tolerance and resistance, it is also important for us that the political and legal system labels and penalizes the masked persons that crashed the festival, striking and beating everyone on their way. It is important for us to find who was responsible for the police not being there at 2: 30 PM as agreed and why they showed up when it was already too late to prevent the violence. It is important for us that the politically and socially relevant persons on state, entity and canton level take a stand on what happened, not led by their personal opinion on homosexuality, but by taking into consideration the legal framework of the country that they live in, and its laws that protect people based on their sexual orientation and gender identity. Otherwise, as long as it carries no name, the violence performed on the LGBT population will occur over and over again, as it was the case during the last couple of months.