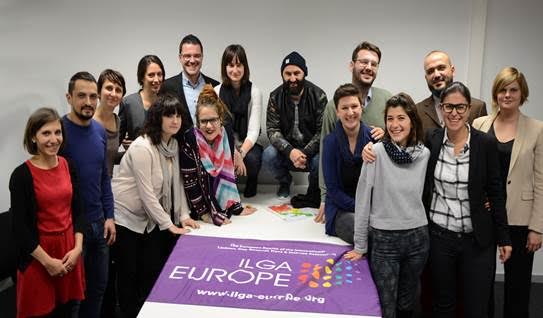 On 16th and 17th November 2015 within the project Utilizing European Integration Processes for the Advancement of LGBT Rights in the Western Balkans ILGA Europe organized EU study visit in Brussels. The study visit event was attended by LGBTI activists/project partners from FYR of Macedonia (Subversive Front), Kosovo (Center for Equality and Liberty), Serbia (Labris) and Bosnia-Herzegovina (CURE Foundation and Sarajevo Open Centre). The activists met with relevant officials at the European Action Service and at the Directorate-General for Neighbourhood and Enlargement Negotiations of the European Commission. They have also met with the members of Commissioner Hahn’s cabinet. During the meetings the participants shared their analysis of political and human rights situation in their respective countries, gave feedback to recently published Progress Reports by the European Commission, raised their key advocacy priorities pertaining to LGBTI human rights and called for needed actions.

During the Study visit Kosovo LGBT activist had also met with Policy Officer for Kosovo Ms. Helen Larsson. The importance of this meeting was the possibility to directly discuss the Progress Reports for 2015 as well give their feedback. Events such as EU study visit have a significant role for advocacy on EU level as well is improving their capabilities and knowledge about EU Institutions.

Macedonian LGBT activists met with representatives from the Directorate-General for Neighbourhood and Enlargement Negotiations, to whom they presented the critical issues LGBTI people in their countries are faced with, as well as their remarks on the newly published Annual reports of the countries on their progress towards the European Union.

Serbian LGBT activists enlisted the demands of the LGBTI community and reported some of the issues faced in the areas of discrimination, legislation, policies etc. They have emphasized that while there have been some positive developments, Serbia continues to have major challenges in respecting and advancing the rights of LGBTI people. Activists recognized that the Serbian government has done a lot to align its legislation with the acquis and international standards. Still it is important for these laws and regulations not to remain on paper.

Activists from Bosnia and Herzegovina had a meeting with Federica Domanin, Political Desk Officer for Bosnia and Herzegovina in which they discusses the issues of importance for LGBTI people in BiH, the latest Annual report of the EU on BiH, as well as what issues should be raised through the following Annual report regarding human rights of LGBT people in BiH. Ms. Domanin response to this visit and new information regarding human rights issues of LGBTI people that activists provided was very positive. She was also glad that she has received feedback on the Annual report in person/directly from the local activists.

As part of the study visit, an event in the European Parliament was organized by ILGA Europe, ERA – LGBTI Equal Rights Association for Western Balkans and Turkey and the LGBTI Intergroup. The event served to present the state of play regarding the rights of LGBTI persons in Western Balkans and Turkey and to mark the launch of the newly formed regional LGBTI association, ERA.

After the EU study visit, on 18th and 19th November Sarajevo Open Center organized start-up meeting for all project participants. After having LGBT activist from Croatia explain effects of EU integration on LGBT rights in Croatia, partners discussed all details regarding project implementation and have agreed on project plan/aims/implementation for the year 2016. 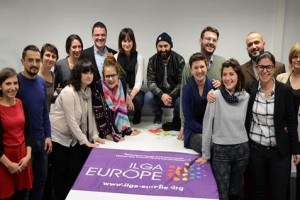 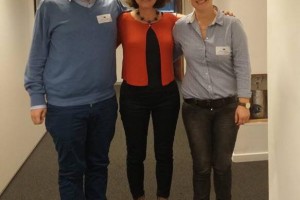 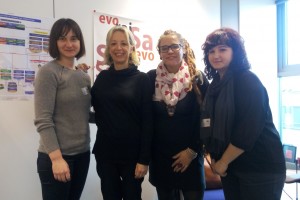