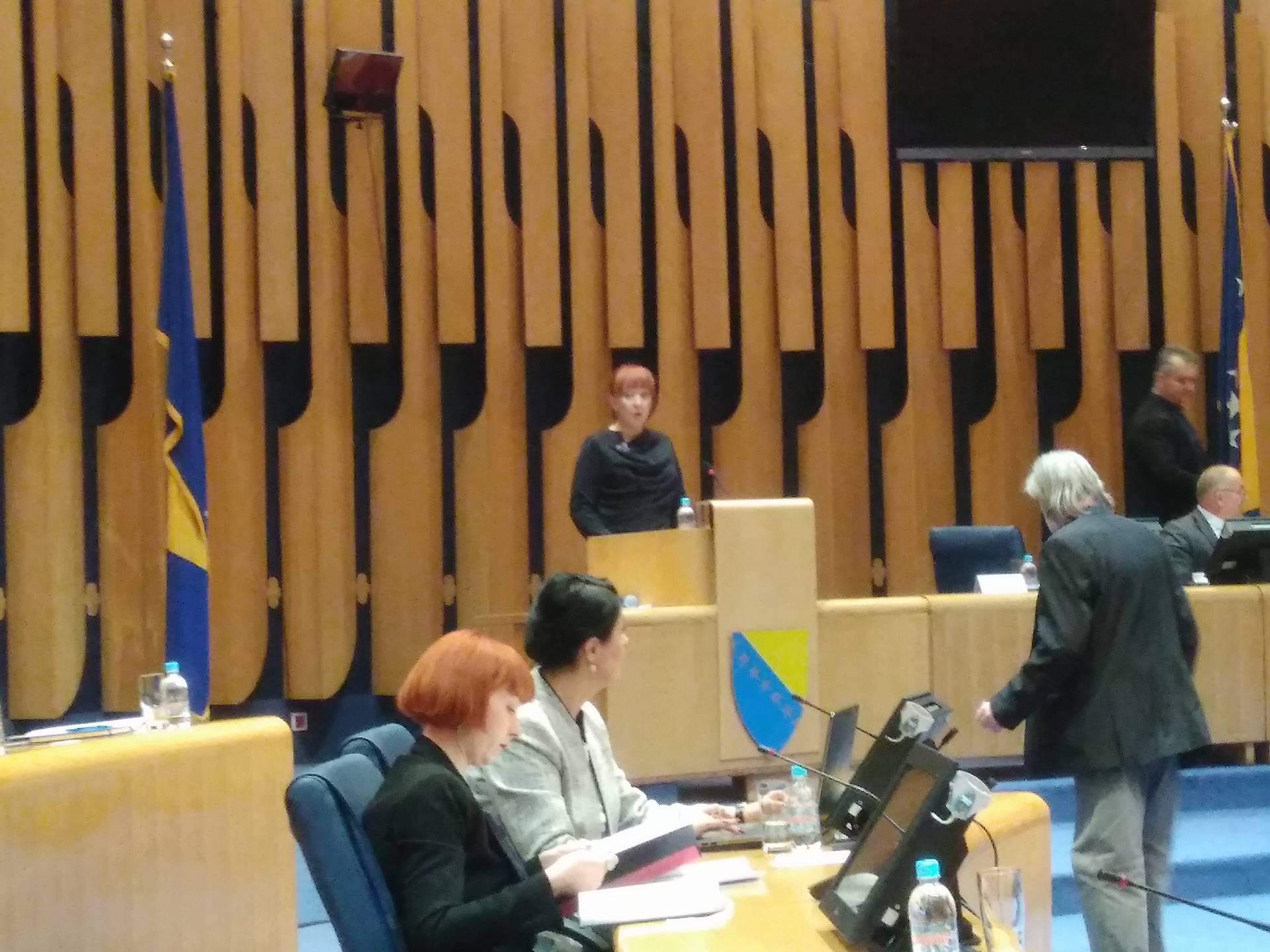 On the 32nd thematic session of the Joint Committee for Human Rights of Bosnia and Herzegovina Parliament that took place yesterday (6 December 2016) in Sarajevo, the Special report on rights of LGBT persons in BiH was presented.

In 2013, Sarajevo Open Centre (SOC), together with several other human rights organizations, referred the request to the Ombudsman Institution to produce a special report on the state of human rights of LGBT persons in Bosnia and Herzegovina. The Ombudsman Institution’s Strategy for the period 2016-2021 included the making of this report, after the Joint Committee for Human Rights of the BiH Parliamentary Assembly (PABiH), in June last year, adopted the conclusion in which it called on the Human Rights Ombudsman Institution to create the Special report on rights of LGBT persons in BiH.

During the yesterday’s presentation the points that were highlighted, among others, were that the aim of the Special report is to determine the current state of the LGBT community, and level of their access to human rights, pointing competent authorities to measures that need to be taken in order to improve the status of this population, as well as raising awareness of the citizens of BiH and the general public about the current degree of realization of the rights of LGBT persons.

“For every democratic state, the imperative is to ensure equal treatment of every person that is in the scope of the state’s jurisdiction, no matter the affiliation to any specific group. The lack of this principle leads to inequalities, exclusions, marginalization and intolerance, that, finally, results in social divisions”, said Jasminka Džumhur, one of the three Ombudspersons.

A special paragraph of the Report is dedicated to the media and reporting on LGBT community. As indicated, the public’s attitude towards LGBT persons is created by the same factors that influence the formation of perception on any other social issue. Therefore, the formation of either positive or negative attitudes is influenced by: the way media reports on LGBT topics, the comments related to those topics that can sometimes turn into hate speech, lack of public condemnation of such actions, offsets of public personalities and representatives of political parties, as well as the attitudes of people from the educational and academic community. The paragraph is followed by the recommendation to public media service and all media houses, printed and electronic media in BiH, directed towards the need to work on awareness-raising and the promotion of the rights of LGBT persons, with the goal to sensitize the public about their rights.

Among other recommendations, several are targeted to holders of public office that are required to act more openly in protecting the LGBT population regarding the single incidents and in general, as well as to political parties to include topics of protection from discrimination based on sexual orientation and gender identity in their political programs. 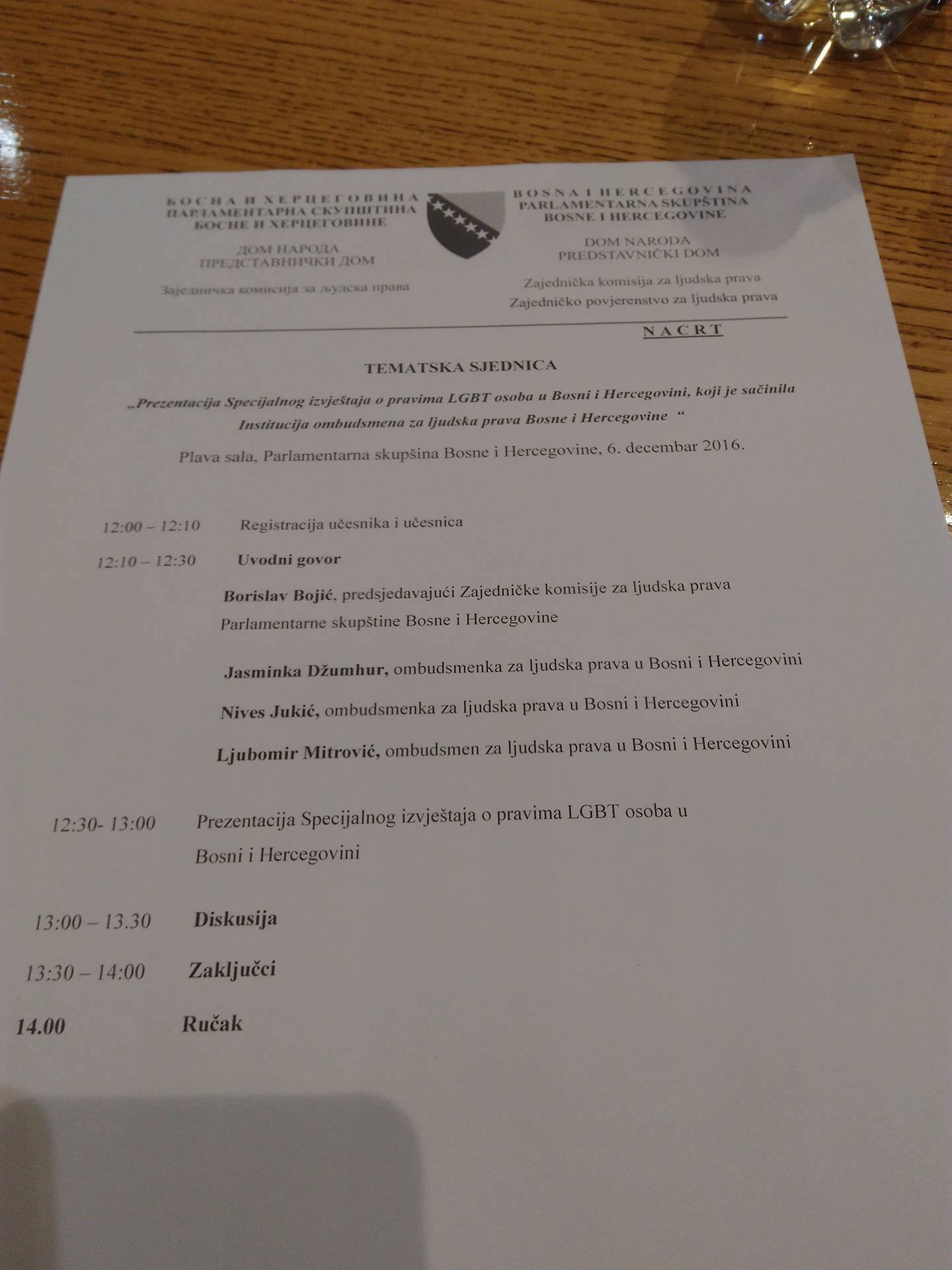 “Having in mind the recent institutions’ steps forward in adopting the legal solutions and public policies that concern or include the rights of LGBTI persons, the Report contains very important recommendations that should be implemented as soon as possible. These recommendations include solving the issues of covering the sex adjustments for trans persons in the scope of health care, the issue of adequate protection of the right to assembly of LGBTI persons, and the issue of legal recognition of same-sex partnerships in Bosnia and Herzegovina. I am very happy to see the report in which the BiH Human Rights Ombudsman Institution has recognized the issues of LGBTI persons in BiH and has given very clear recommendations in many fields. If the conclusion suggestions from today’s session that include presenting the Report in entities’ Brčko District parliaments, to relevant authorities, and Joint Committee’s reporting on the realisation of the Ombudsman recommendations on a six months basis are further adopted, I think that we will see a stronger and more systematic progress in the field of the rights of lesbian, gay, bisexual and transgender persons in the entire BiH. Since this was Sarajevo Open Centre’s initiative that was joined by other organizations, I consider this to be a great success for civil society too”, said Emina Bošnjak, executive director of Sarajevo Open Centre.

In concluding the session, the Ombudspersons hope that the Report will draw attention to the status of LGBT persons in BH society. The way in which a society treats LGBT persons reflects the way in which society relates to anything that is different, and exactly with differences we can see the richness and progressiveness of a society, the conclusion states.