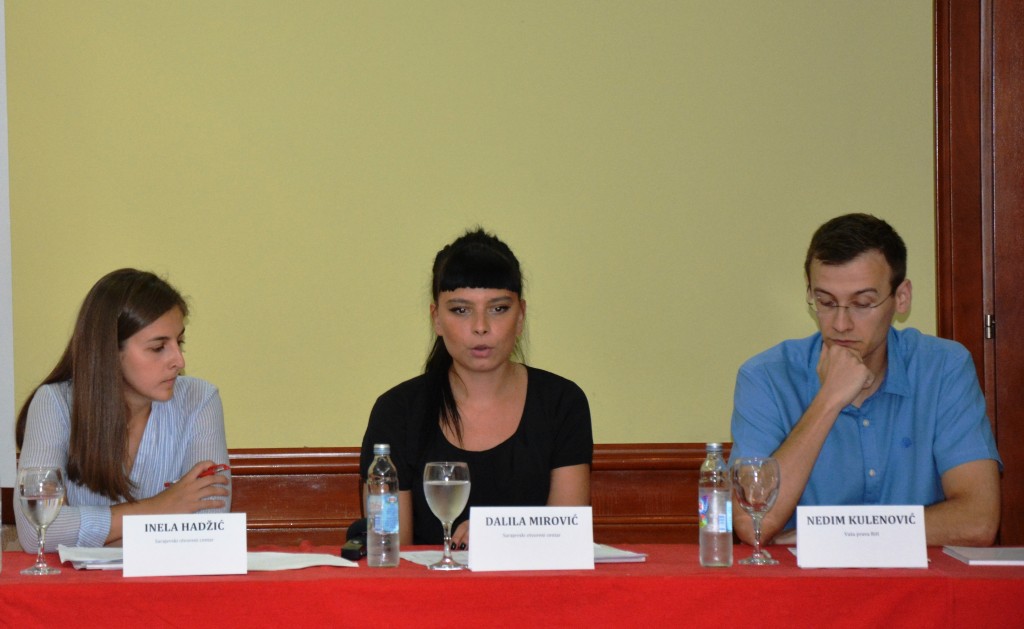 The Commission for Gender Equality of the House of Representatives of the Parliamentary Assembly of Bosnia and Herzegovina, in cooperation with the Agency for Gender Equality and the Sarajevo Open Centre, organizes thematic debate on Gender equality and political participation in BiH. On that occasion, we talked with Dalila Mirović, Programmme Coordinator at Sarajevo Open Centre.

SOC.ba: Equal representation of women and men in the executive and legislative bodies is one of the key indicators of the achieved level of gender equality in any society. What is the current situation in Bosnia and Herzegovina?

MIROVIĆ: Gender equality in political life in BiH, but also in any other society, is one of the most important factors for achieving gender equality in general. Gender Equality Law in Bosnia and Herzegovina requires that government bodies at all levels, local authorities and political parties must ensure and promote equal gender representation in management, decision making and representation. However, women’s participation in our country, at any level, does not exceed 25%. It is within the European average, but it does not meet the statutory minimum of 40% quota of the less represented gender.

SOC.ba: Is the presentation of the current situation, in terms of women’s participation in political life of Bosnia and Herzegovina, the objective of this thematic debate?

MIROVIĆ: Presentation of the current state of gender representation in the legislative and executive bodies at all levels of government to the representatives of the Parliamentary Assembly of Bosnia and Herzegovina, is only one of the goals the organizers are trying to achieve. The intention of this debate is also to determine whether there was a shift in the legislature after the last session on the political participation of women and after the latest amendments to the Election Law BiH, which increased gender quotas on candidate lists, as well as to open discussion of gender representation in the executive bodies .

SOC.ba: Why is this issue important, and why it is important to increase women’s political participation?

MIROVIĆ: There are three key reasons for the increase in women’s political participation: democratic right, use of resources and interest representation. Women constitute half of the total population and are entitled to proportional representation in legislative, executive and judicial bodies of their countries. By excluding women from the democratic political process, we exclude precious values ​​that these women possess – knowledge, skills and abilities. Of course, there is also the assumption that women have special interests, and the exclusion of women would make those interests under-represented in political decision-making.

SOC.ba: SOC has recently published numerous recommendations and/or models, that aim to increase women’s political participation, can you tell more about that?

MIROVIĆ: Recommendations and solutions that SOC has proposed, which will also be presented on thematic debate, can be found in two recent publications, published in our Human Rights Papers series. I previously referred to one of them, Where Are Women in Governments? Representation of Women and Men in the Executive Branch in BiH, that points at the potential approach to the regulation of this expectation in legal regulations which organize the rules of forming the governments, and has proposed a formulation of provisions to introduce the quota for both genders. The second publication, How to Achieve 40% of Women in the Legislative Bodies in BiH? An Analysis of the Possible Interventions to the Electoral System of BiH, is an analysis, whose goal is to identify different elements of the electoral system of Bosnia and Herzegovina, including the type of electoral system, the impact of the existing quotas for the candidate lists and the causes which diminish the impact of the quota, and the possible interventions to remove the existing obstacles.

Regarding the specific conclusions drawn from these two analyses, we believe that the amendments to the Election Law should provide a system which will, regardless of the layout of the vote, result in a choice of at least 40% of women in parliaments, and also to regulate the choice of governments in a manner that the confirmation of government is not possible without at least 40% of women in ministerial positions.