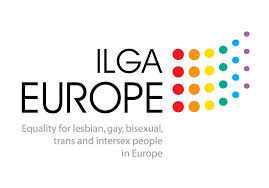 In January of 2014, Sarajevo Open centre had submitted its short report on the status of human rights of LGBT persons in BiH to ILGA-Europe. This report is the contribution of SOC to ILGA-Europe’s Annual Review aiming to depict the development of human rights of LGBT persons in Europe in the last year. This Annual Review will present changes which occurred on the regional and national level, and the challenges remaining for the individual European countries as well as the existing positive practices.

This year’s contribution of SOC was submitted as a part of the project „Enhancing Lesbian, Gay, Bisexual and Trans rights in BiH in line with EU standards“ financed by the European Union and implemented by Sarajevo Open Centre in partnership with Foundation Mediacentar.

Sarajevo Open Centre’s report covers several different areas, including bias motivated crimes and speech, equality, diversity and tolerance, education, freedom of assembly, legal gender recognition, cooperation with law enforcement institutions and the attitudes and opinions of the public. It is a short review of the progress and changes accomplished in BiH in 2013.

Full text of the report SOC submitted to ILGA-Europe can be found here.