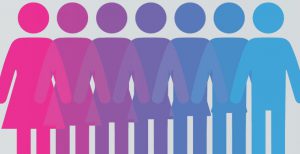 Considering that the Dress code rulebook of University of Mostar violated the Anti-Discrimination Law in Bosnia and Herzegovina and Gender Equality Law of BiH Sarajevo Open Centre sent appeals to the Gender Center of FBiH and to the Institution of Human Rights Ombudsman.

During the month of February, the University of Mostar has published a Rulebook on dress code for all faculties and academies, teaching staff, administrative staff and students, whose intention, as stated in the Rulebook, is “to determine the boundaries of good taste in clothing”.

The Rulebook standardizes the business style of dressing for women and men, indicating which type of cloths are (not) acceptable or violating “the standard of acceptable behavior and way of dressing”, therefore providing sanctions for failure to comply with the basic rules of dressing – moving away from classes / exams and the possibility of initiating a disciplinary procedure in accordance with the Codex of the University of Mostar.

In the Rulebook, certain women’s clothing is associated with “nightclubs and striptease bars” (“blouses, shirts, t-shirts or other garments with striking, provocative décollettes”). Also, the Rulebook prohibited overrepresented religious characteristics and states that for attending classes with a religious head covering that hides the person’s identity, obtain be the allowed of the dean of a particular faculty.

We urge the University of Mostar to reconsider and withdraw its decision – the Rulebook on the Dress code. We are asking the Ombudsman Institution and the Gender Centre to collect all necessary information in this case, in accordance with the laws, and issue an opinion and recommendation in this case with the aim of preventing the elimination of discrimination.