October brought us a lot of socializing, talks, workshops, actions, but also one of the last LGBTI parties this year, organized by Sarajevo Open Centre.

Lesbian Day is important for all lesbians worldwide, because they are invisible, both as women and as lesbians, problems they face are put aside, the violence they are experiencing, either verbal or physical in public space is almost never prosecuted, but also rarely reported. 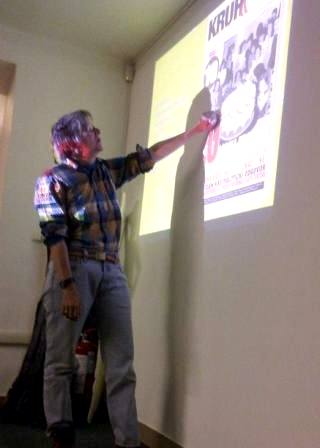 On the occasion of 8 October, Sarajevo Open Centre has hosted a long-term Belgrade activist, feminist, declared lesbian and fighter for the rights of women, girls and lesbians and one of the pioneers of lesbian movement in the region – Lepa Mladjenovic.

With Lepa Mladjenovic, we talked and learned more about the lesbian and gay movement in former Yugoslavia, where and how lesbians and gays gathered back then, how people networked then, under what circumstances has gay movement separated from lesbian movement and newly established women’s NGOs, and about war times in recent history – that contributed to even greater solidarity and networking among women. Lepa took us through timeline of activism, actions they did and are still doing, and constant struggle with patriarchy.

The day after, Lepa Mladjenovic held empowerment workshops for lesbians, which was not only empowering but also liberating, on how to love and appreciate ourselves with all our identities, how to celebrate ourselves and equally important how to stand for each other and provide solidarity. Being a lesbian is not only our sexual orientation but also a way of living, ideology and constant struggle with dominant and violent patriarchy.

The rest of the month of October, we were preparing public action on the occasion of Coming Out Day, which took place in the centre of Sarajevo, in front of BBI centre, called “Our lives exist outside the four walls” where we wanted to raise the visibility of LGBTI issues, but also draw attention to the violence that we as people of different sexual orientation and / or gender identity go through, usually in our homes. With this action we are opening space for more public actions in the coming years and taking over public space that belongs to all of us.

Another gathering for the community was somewhat different Workshop on Coming Out, where we did some introspection, mapped our fears and internal struggles, doing it all through various exercises and going through our personal processes, but also shared our personal experiences of coming out – where and when, to whom and how to tell this important part of our lives – who we are and who we love? This workshop was a safe space for reflection and support. One of the participants said: “Thank you, the best workshops that I’ve ever attended, sets your mind free.” 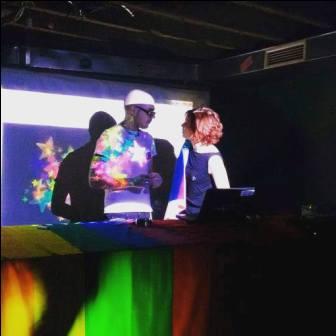 We finished October with the long-awaited LGBTI party “Come Out and Dance“ for all of us, our friends and supporters, celebrating love, life, diversity and dancing long into the night!

During the month of October in two gatherings and one workshops for lesbians there were 34 people who came and contributed to discussions, laughs and cries, where eight of them were here with us for the first time. We are looking forward to your comments, visits and feedback!

November brought more interesting guests and socializing in SOC, more on that is coming soon!