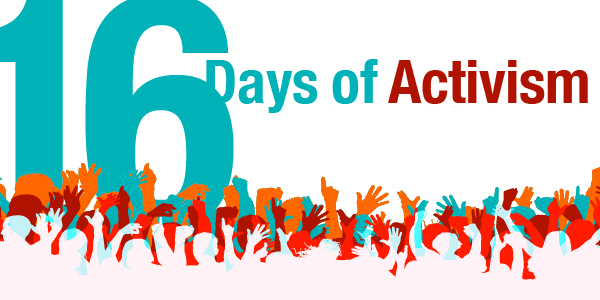 Over the past twenty four years, the global campaign on 16 Days of Activism Against Gender-based Violence was dedicated to public advocacy and coordinated activities that support ending gender based-violence on local and international level. The Campaign  was launched on the first Institute for Women’s Global Leadership in 1991 at Rutgers University

Dates, 25th of November (International Day for the Elimination of Violence Against Women) and 10th of December (Human Rights Day) were selected in order to emphasize the link between ending the gender-based violence and human rights values, but also to emphasize that gender-based violence is a violation of human rights internationally. Within this sixteen days period, other significant dates are highlighted including: 29th of November, International Woman Human Rights Defenders Day, 1st of December, World AIDS day and the  6th of December the Anniversary of the Montreal Massacre.

During the 16 days of activism campaign different groups and individuals worldwide take part, using a human rights framework in their efforts in order to eliminate all forms of violence against women through awareness-raising activities at the local, national, regional and international level.

Sarajevo Open Centre, an organization that advocates the full respect of human rights and social inclusion of lesbians, gay, bisexual and transgender people and women in particular, is joining this campaign, as wel, and thus will organize  numerous activities in November and December 2015.

Programme of Sarajevo Open Centre on the occasion of “16 Days of Activism” and International Human Rights Day you can find folowing this link.