The presentation of the 2021-2024 Action Plan for the Promotion of Human Rights and Fundamental Freedoms of LGBTI People in Bosnia and Herzegovina was held today in the Parliamentary Assembly of Bosnia and Herzegovina. The presentation was moderated by Saša Leskovac, an expert advisor at the Agency for Gender Equality of Bosnia and Herzegovina, and the executive director of the Sarajevo Open Centre provided opening remarks. Emina stated that the Action Plan is the result of decades of work by LGBTI activists. “Although good things come to those who wait, life does not wait – and neither do the lives of LGBTI people. Fortunately, we did not sit idly by during these 10 years. Organisations, initiatives, and activists working to improve LGBTI people’s access to rights and position have fought hard to fight against discrimination and violence based on sexual orientation, gender identity, and sex characteristics. LGBTI people proudly took to the streets and public space, and the LGBTI community and movement grew, expanded, and strengthened.”

She went on to say that they had institutional partners in those processes, mostly timidly and sporadically, but not always sufficiently. “Homophobia, biphobia, and transphobia are mythical creatures like the Hydra. As soon as the activists cut off one of its heads, dozens more emerge. We saw it this year, when, in parallel with the adoption of the Action Plan, the public and media space was flooded with narratives that sought to pit lesbian, gay, bisexual, transgender, and intersex people against the rest of the BiH population, portraying us as the number one social enemy, fuelling homophobia, biphobia, and transphobia where it did not previously exist.”

As the Sarajevo Open Centre consistently emphasises in its activities and annual reports on the state of human rights of LGBTI persons in BiH (the Pink Report), the Action Plan is a critical strategic document that primarily focuses on combating discrimination in all spheres of society, primarily through training of holders of judicial functions on discrimination, training of health care professionals, capacity development of relevant institutions, but also through a series of proactive measures aimed at raising discrimination awareness among the general public and relevant public authority representatives.

In addition to an analysis of the state of recognition, enjoyment, and exercise of LGBTI human rights, as well as a review of the relevant international and domestic legal frameworks, the Action Plan includes very specific measures that will be implemented through raising awareness, organising education, creating and publishing manuals, improving the collected data, public advocacy, and so on. In the context of SOC’s strategic orientations, this will be an adequate basis and tool for continuing to advocate for, among other things, legal regulation of same-sex partnerships, hate speech, respect for the right to freedom of assembly, legal recognition of gender, health care and social inclusion of transgender people, and many other issues related to LGBTI equality.

The Action Plan can be found here. 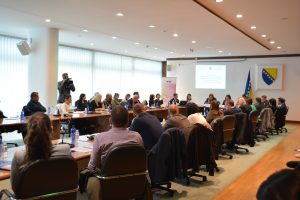 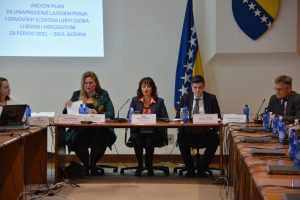 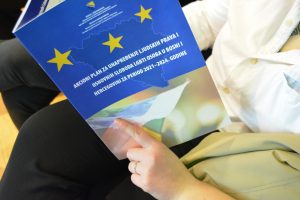 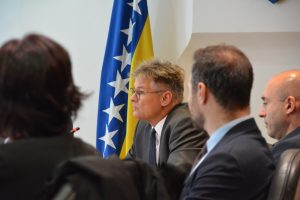 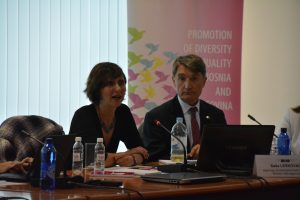 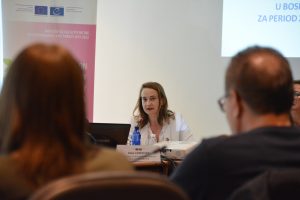