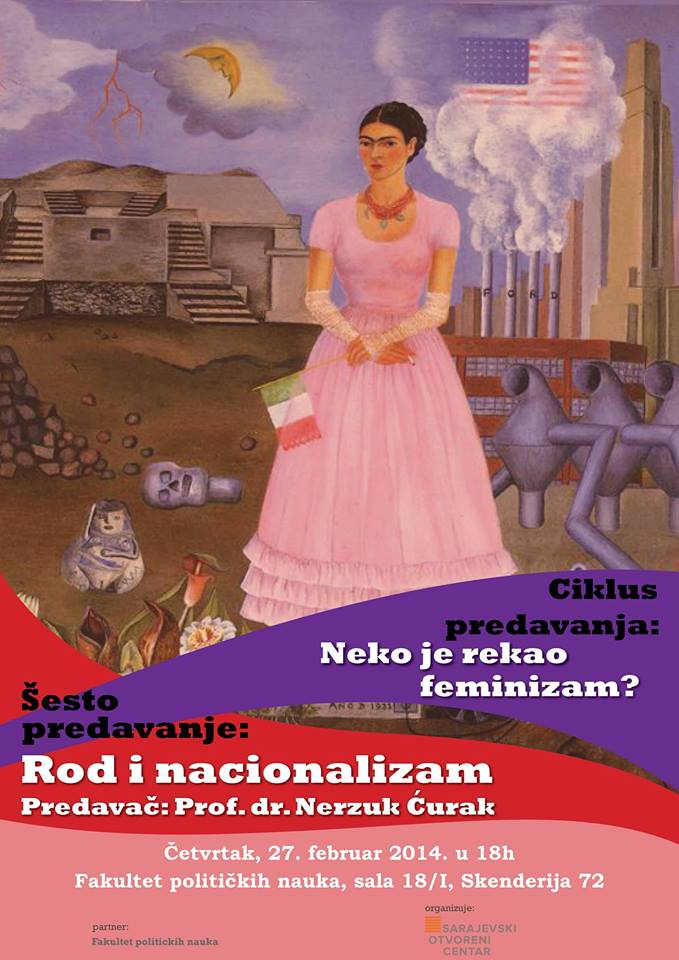 About the lecturer: With a PhD in political sciences, Nerzuk Ćurak is a professor at the Faculty of Political Sciences, University of Sarajevo, essayist, writer, journalist, editor, civic activist… At the Faculty of Political Sciences he holds following courses: Geopolitics, International Security, Peace Studies, International Community and Conflict Management. Within the Center for Interdisciplinary Postgraduate Studies, University of Sarajevo, professor Ćurak leads modules on topics of Gender and Nationalism for Gender Studies department, and a module on Civil Society and NGOs for the department of State and NGO Management. Professor Ćurak is a guest lecturer at the University of Mostar, leading the course on International Organizations and Culture of Peace, and Contemporary Geopolitics. In addition to this, he was a guest lecturer and a researcher on the Faculty of Social Sciences, University of Ljubljana, Slovenia.

Author of six and editor of five books on the topics of nationalism and geopolitics in Bosnia and Herzegovina, Professor Ćurak has participated as introductory speaker or lecturer at international, regional and national scientific conferences, workshops and discussions.He has participated as an author in two international scientific projects which resulted in the publication of peer-reviewed journals. Currently, professor Ćurak is engaged as a BiH team leader at the international project “South-East European Master’s Program in Peace Studies” (2011-2014).

Trained in Slovenia, the Czech Republic, Hungary, Italy and the United States, professor Ćurak has held a number of public lectures in Bosnia and Herzegovina and the region. His works were translated into English, German, French, Slovenian, Spanish and Arabic language.