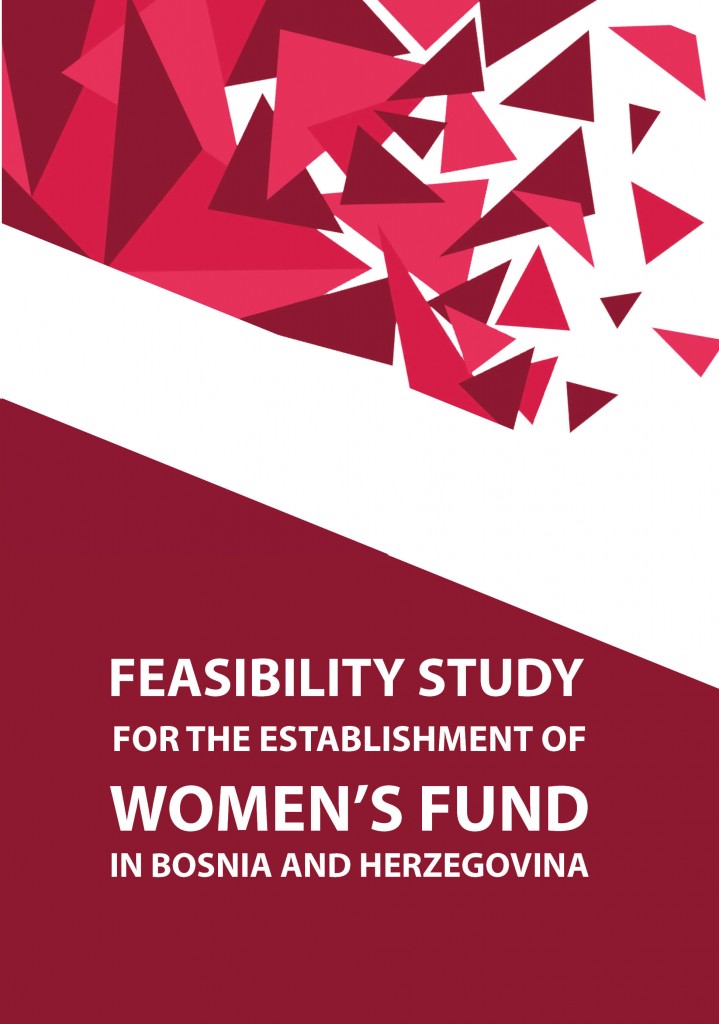 This report, written by Natalija Bratuljević and Katarina Živanović, is the final result of the Feasibility Study commissioned by Sarajevo Open Centre and Foundation CURE with the financial support provided by Mama Cash Foundation. The purpose of the Study is to examine the needs and possibilities for establishing the Women’s Fund in Bosnia and Herzegovina. The original idea behind this Study was to examine possibilities for establishing local Fund that would support the development of women’s rights organisation, with equally important goal of securing support to some of the most underprivileged groups of women in Bosnia today, including Roma women, women with disabilities, lesbian/bisexual/transgender women and others.

To better understand the key obstacles that prevent women in Bosnia and Herzegovina to access justice and participate as equal in all spheres of public and private life, we analysed in details all aspects of complex political structure, legal, administrative, social and economic barriers and tried to accurately assess the work of both state and non state actors in the sphere of gender equality. Compared to many countries in the region, Bosnia and Herzegovina was the pioneer in passing gender equality legislation and setting up institutional mechanisms for gender mainstreaming on all levels of executive power. However, the improvements measured in everyday life of women are still minor.

The research was conducted from November 2014 to May 2015. Methodology included: extensive desk research, interviews with multiple stakeholders, analysis and verification of findings by the Control group. The Control group consisted of representatives from Sarajevo Open Centre and CURE Foundation respectively. For the verification of initial findings, Control group included fourteen interviewees. Inputs from the Control group were instrumental especially during the Inception phase, as well as in the production of the Final report.

The report in English and B/C/S languages can be downloaded here.