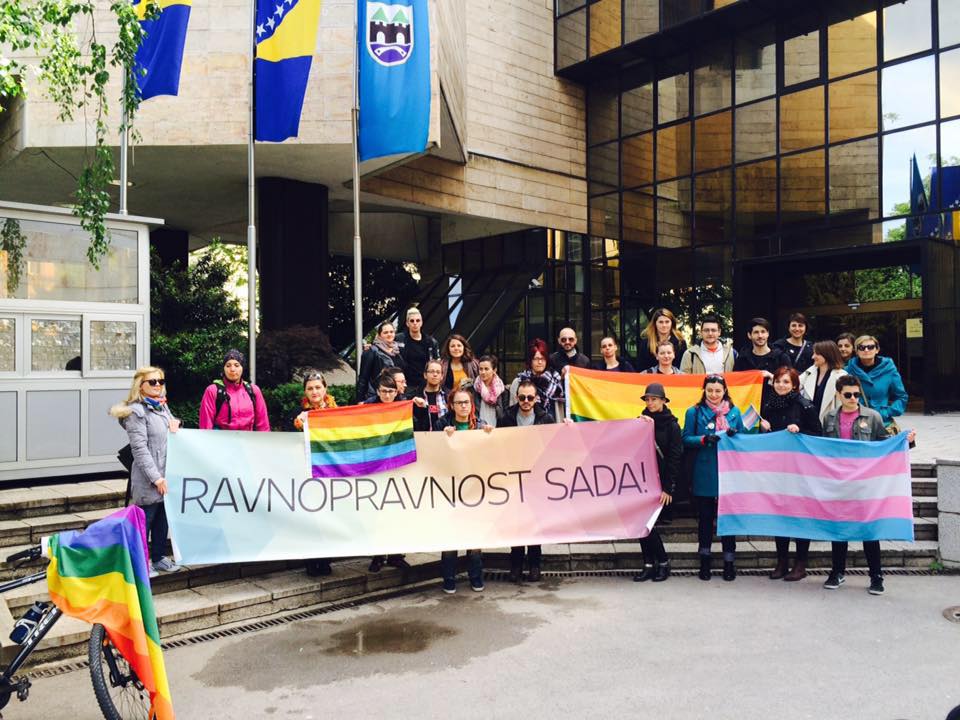 This year, May 17, the International Day against homophobia, bi-phobia and transphobia (IDAHOT), Sarajevo Open Centre (SOC) began to mark up at the beginning of the month. This month of May we want to be a month of equality of lesbian, gay, bisexual, trans and intersexual (LGBTI) people, as equal citizens of this country. Together with our friends and allies from other civil society organizations we have organized and shared the joint program that is carried out throughout May, as month of equality for LGBTI people.

On the occasion of 17 May, around the world, organizations, activists, allies, LGBT people and their families together raise their voices and demand a life free of discrimination, stigmatization and violence.

This year SOC decided to point out the need to improve the human rights of lesbian, gay, bisexual, trans and intersexual people, on 17 May. We decided to gather in front of Federal Parliament of BiH, on 17 May, just before the start of their session, which took place the same day starting at 9 am in the building of the Federal Parliament of BiH, performing a peaceful protest and disseminating PROCLAMATION to parliamentarians, with five specific demands. Some parliamentarians  were warmly greeting us, putting on rainbow badges as a sign of support, some took some time to hear and see what we ask for, and very few of them passed by.

The level of prejudice against LGBT people is still high. Therefore, each of our actions directed at decision-makers must be visible but also persistent. We are aware that not even one marginalized group through the history, got its rights, but fought for them. We want parliamentarians and other institutions and decision maker sincerely and energetically approach to the issue of equality of LGBTI persons in BiH.

After the peaceful protest standing and sharing information materials, the spontaneous walk with the rainbow and Trans flags happened down the street. Our friends, allies, co-workers and activists have joined us in this spontaneous walk, that some have already called the first pride. There were not many steps we passed, but it was the most important few minutes, on 17 May.

The same day, 17 May, Sarajevo Open Centre gave a presentation of the Pink report, the only comprehensive report on the status and rights of LGBTI persons in BiH. The presentation was held at Mediacentar at 12 am, where we had Vibeke Lilloe, Ambassador of the Kingdom of Norway, Marie Bergström, Head of Development Cooperation of the Embassy of Sweden, as well as Mary Ann Hennessey Head of the Council of Europe in BiH and Director of the Gender Centre FBiH, Ana Vukovic.

Progress and some small steps forward in our fight for equality of LGBTI people were mentioned, primarily through cooperation with the institutions, but also we had to share our concern and to highlight future steps, that are still to be done – to ensure effective prosecution of attacks on LGBTI people and places of gathering, sanctioning hate speech, legal framework for same-sex unions, as well as the regulation of the status of transgender people in BiH.

Symbolic campaign throughout the city

This yea again, by taking the public space, we have started the street campaign. Billboards that you see in Sarajevo, this year caused more attention than last year. Since the beginning of May, when the campaign began, several billboards have been violently removed or ripped off.  It is clear that in our society one cannot accept that, “Lesbian, gay, bisexual, transgender and intersex people represent 10% of each society“. Including ours.

On May 17, 26 years ago, the World Health Organization removed homosexuality from the list of the disorders. Although it has been 26 years even in countries where homosexuality was decriminalized (like BiH) lesbian, gay, bisexual, transgender and intersex people are still stigmatized, marginalized, and  in fear of violence, not only from the system or the country, but and in the family, as well.

Our activities are continuing our visibility can only grow bigger and there is no way back!

As one of the messages says: “Hate is a disease, not homosexuality.” 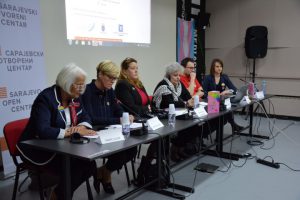 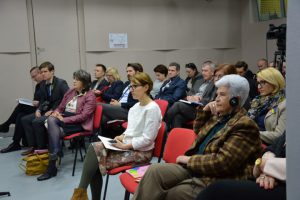 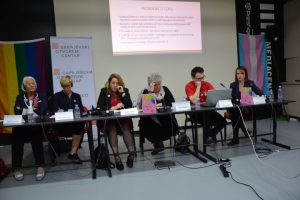 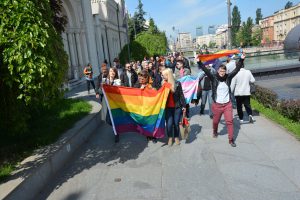 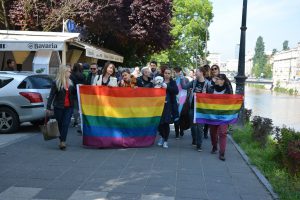 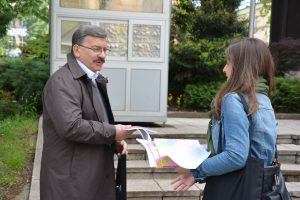 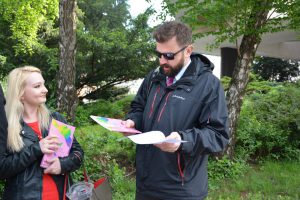 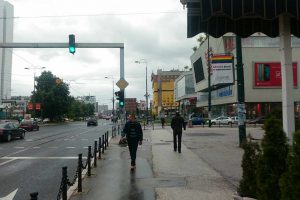 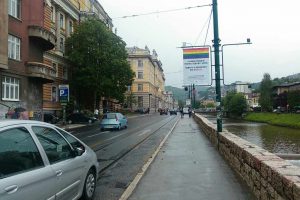 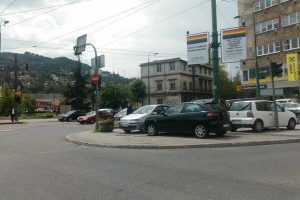 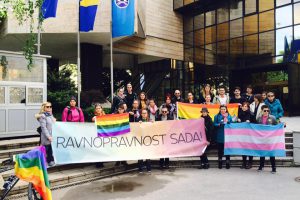 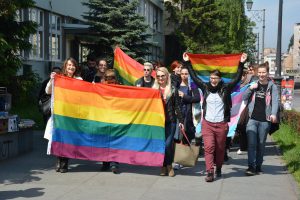 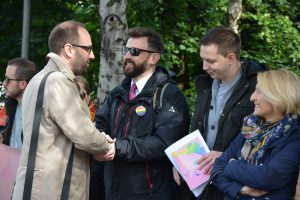 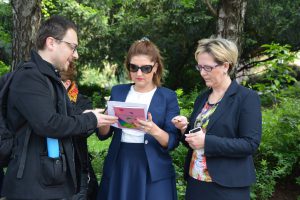