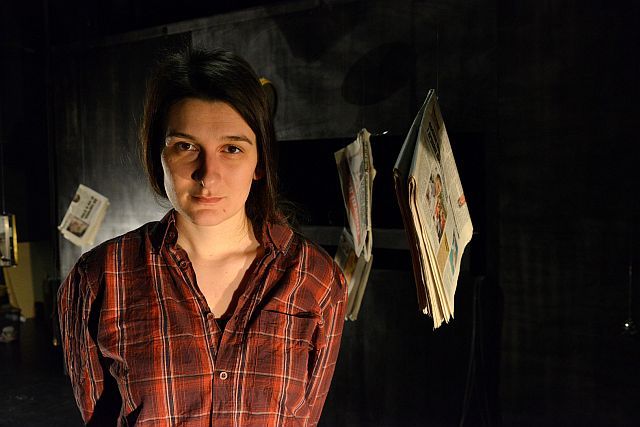 Selma Spahić was born in 1986. She graduated directing at the Academy of Performing Arts in Sarajevo.She directed plays and held workshops in Bosnia and Herzegovina, Serbia, Croatia, Montenegro and Great Britain. She directed drama classics, contemporary pieces and documentary plays: Spring’s Awakening by F.Wedekind, Dale Wasserman’s One Flew Over the Cuckoo’s Nest, Lada Kaštelan’s Victory, Paul Zindel’s The Effect of Gamma Rays on Man-in-the-Moon Marigolds, Lonely West, and many others.
Her plays have won many awards in festiaval across Bosnia and Herzegovina, the region and Europe: Neue Theater Stücke aus Europa in Wiesbaden, Germany, to name one.
Since 2010 she is the selector of Future MESS program for young directors za mlade, and since 2012 she is the manager of the MESS’s Art Program.