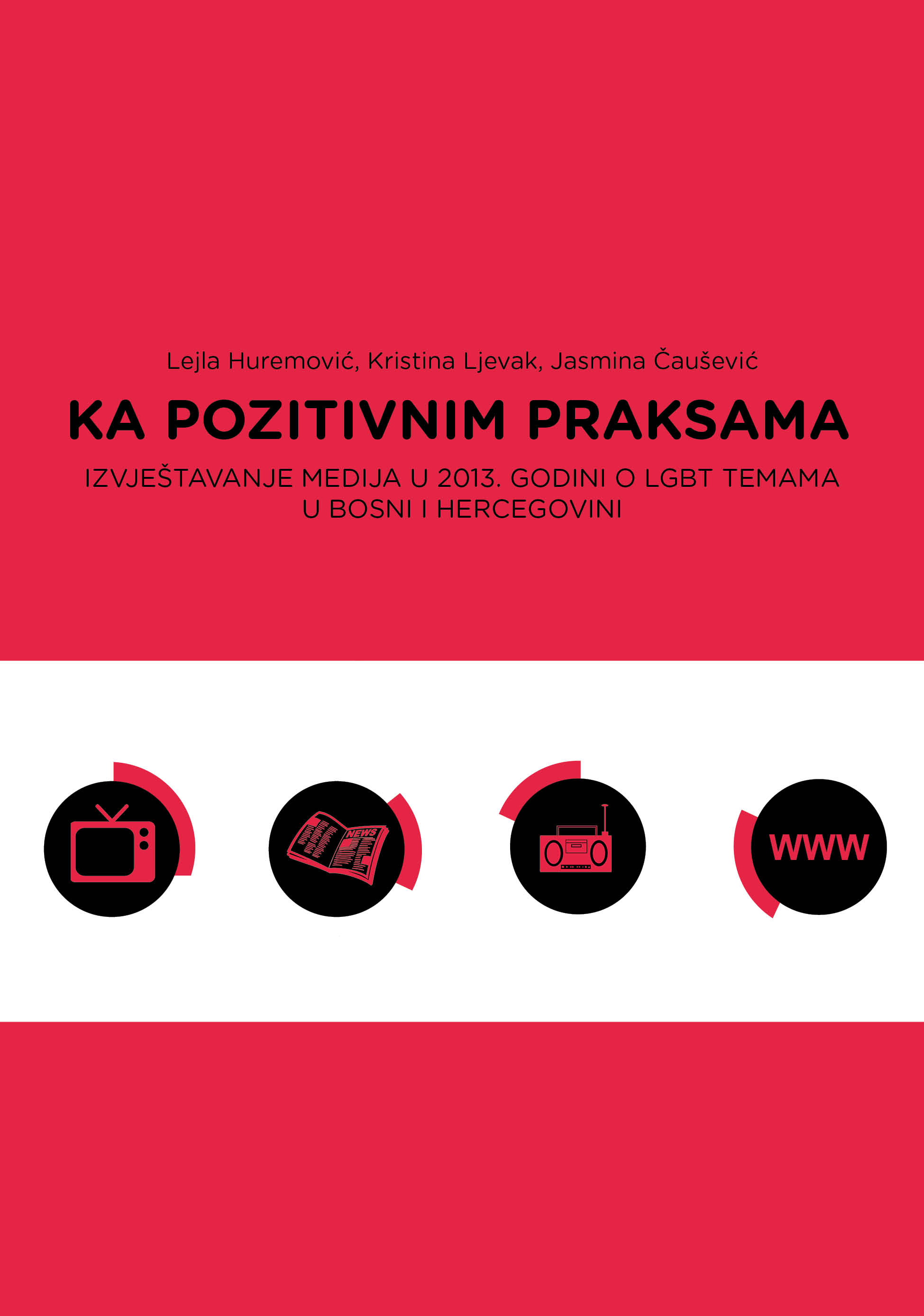 During 2013, Sarajevo Open Centre monitored TV, radio, online and print media in order to analyse the way these media report about LGBT topics.

The main objective of media monitoring was to present the media image of LGBT topics in 2013, and, through parallel analysis of the most and least representative and professional articles, show good and bad journalist practices. Another objective was to suggest possible guidelines for overcoming negative professional practices in media reporting in BiH.

Analysis Ka pozitivnim praksama: Izvještavanje medija u 2013. godini o LGBT temama u Bosni i Hercegovini (Towards Positive Practices: BH Media Reporting on LGBT topics in 2013) written by Lejla Huremović, Kristina Ljevak i Jasmina Čaušević is another publication produced as a part of Coming out! Advocating promotion and protection of LGBT rights, financed by European Union, and implemented by the Heinrich Boell Foundation, BH Office, together with partner organisations: Sarajevo Open Centre and CURE Foundation.

The general conclusion of this analysis is that, although unethical and unprofessional reporting still persists, there is more room for optimism, because the number of articles with  relevant LGBT topics increased visibly compared to the last year. Journalists consistently reported about LGBT topics using investigative approach which resulted in better articles. A great number of articles related to LGBT and published on web portals also gives ground for optimism.

Local TV station have dedicated more than 2 hours of their airing time to topics related to LGBT.

Number of texts in print media on LGBT topics has increased by 277 since last year. In accordance with this fact, the number of positive texts related to LGBT has also increased to 173 (there has been only 28 in the last year).