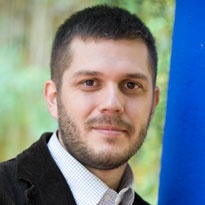 HOW DOES DEEP SOCIAL MODERNISATION HAPPEN?
THE CASE OF SPAIN

by Jordi Vaquer,
the Director of the Open Society Initiative for Europe.

Deep social modernisation has many faces and interpretations. In this lecture, social modernisation will be understood as the process by which society accepts and embraces diversity, and pressures its institutions to protect the rights of those who do not belong to the majority. The lecture will explore the causes of deep social change, taking the example of the transformation of Spain,  from a very conservative society after the ditactorship to a EU member state that stands out for its social liberalism: despite undergoing the secondest deepest crisis in the EU after Greece, xenophobic populists have failed to win a political presence in a country that integrated 7 million immigrants in 15 years; the role of women has changed spectacularly, in particular at home and in politics; and Spain has emerged as the most tolerant country towards LGBT individuals in the world in the last Pew Attitudes Survey. How did this happen and is this experience relevant anywhere else?

About Open Society Initiative for Europe: The Open Society Initiative for Europe seeks to empower Europeans and their civil society organizations to reinforce and, where necessary, reclaim their central role in European democracies. It aims to ensure that Europe’s common integration project, embodied by the European Union, contributes to the vitality and quality of European democracies based on the values of open society. The Open Society Initiative for Europe contributes to building more vibrant and legitimate democracies in the European Union by working with a wide range of civil society organizations, rather than only at the elite level where the European debate is now overwhelmingly conducted. The Initiative places particular emphasis on strengthening less central voices, such as those in Europe’s geographic periphery, women and young people, proponents of non-mainstream ideologies or the social groups that are excluded from, or underrepresented in, the political process, such as migrants or refugees, stateless citizens or minorities of all kinds.