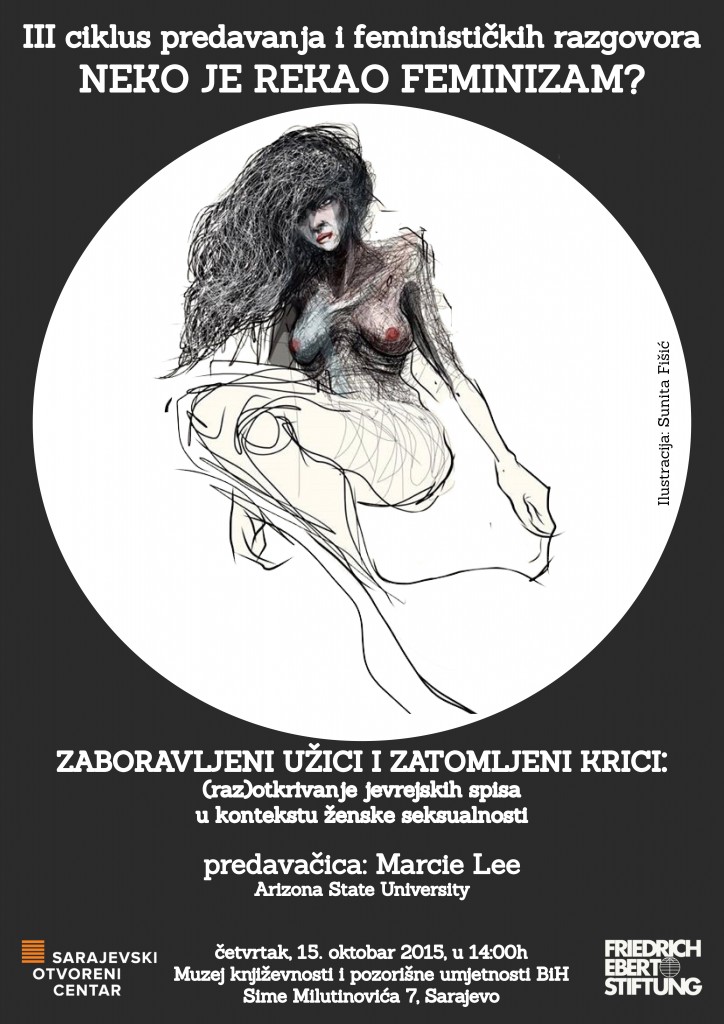 Sarajevo Open Centre, in partnership with Friedrich Ebert Foundation, continues with lectures within the third cycle of lectures and feminist discussions Someone said feminism? The sixth lecture, titled Forgotten Pleasures and Hidden Treasures: Rediscovering Judaism’s Texts on Female Sexuality will be held on Thursday, October 15 this year at the Museum of Literature and Theatre Arts of Bosnia and Herzegovina, starting from 2 pm. The lecturer will be Marcie Lee, from Arizona State University. She teaches the Bible through art, ethics, human sexual behavior, Judaism, child development, the relationship of the Hebrew and Christian Bibles, and effective parenting. She trains religious school teachers, is a child development consultant, and conducts Sabbath services for AVIV of Arizona.

Jews are enjoined to responsibly celebrate themselves as sexual beings. To reject or deny oneself or one’s partner the experience of pleasure in ways that reflect self-respect and respect for others, is an affront to God, who fashioned  the human body capable of giving and receiving sexual pleasure.  We will explore Jewish texts, Jewish art, and the politics behind expectations for girl’s and women’s women’s sexual attitudes and behaviors.

The lecture will be held in English, B/C/S translation is provided.