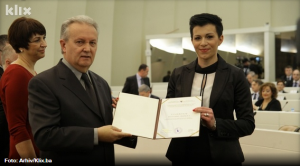 Text created in collaboration with Initiative for Monitoring the European Integration of BiH and Heinrich Boell Foundation.

Representative in the House of Representatives in Parliamentary Assembly of BiH and female member of the parliamentary Committee of Gender Equality, Maja Gasal-Vražalica, said for Klix.ba that in the intraparty structures it is required to persist in advocating for equal gender representation.