Political parties after the General Elections in 2014 have concluded that the Electoral Law of Bosnia and Herzegovina should be amended in order to abolish existing anomalies. The BiH Parliamentary Assembly appointed in 2015 an inter-ressort working group for the revision of the electoral legislation of Bosnia and Herzegovina. The working group started its activities in October 2015 with the aim to propose amendments to the BiH Electoral Law.

The public is totally excluded from this process. No preparatory consultations with civil society organizations, experts and academia were organized. At the end of December 2015 some of the members of the working group announced in media that amendments to the Electoral Law will be finalized in January 2016.

The issue of gender equality and better representation of women in parliamentary/representative bodies on all level of governance was never discussed in the media reporting of the activities of the inter-ressort working group. Political participation is still not a relevant topic for political parties, compared to other issues like the potential postponement of the local elections (planed for October 2016), the putting together of the local and general elections in future, the introduction of closed election lists or the holding of political mandates (individual vs. party mandates).

On the other side, political reality is not encouraging. In the last 10 years, even with a gender quota of 33%, and since 2013 of 40%, the number of elected women in parlaments was rarely above 20%.

The upcoming revision of the Electoral law must cover amendments which will increase the number of elected female MPs and councilors on local level.

On this occasion, the Sarajevo Open Centre organized a press conference in front of the Parliamentary Assembly on January 12th 2015. We have called political parties, members of the Parliamentary Assembly and the members of the inter-ressort group to move ahead with progressive changes and to propose an obligatory 50% gender quota, the so-called zipper-system, on the electoral lists. Female and male candidates should be listed one after the other.

Our proposals – amendments to the BiH Electoral law – have been presented also as a letter for the MPs. The letter has been submitted to the Protocol of the BiH Parliamentary Assembly. The letter can be found in this link (only in Bosnian/Croatian/Serbian language). 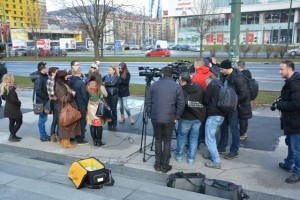 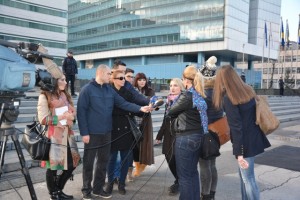 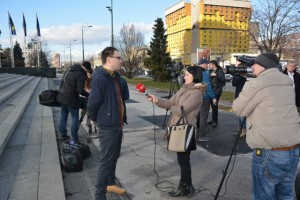 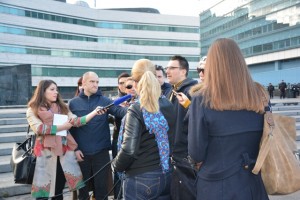