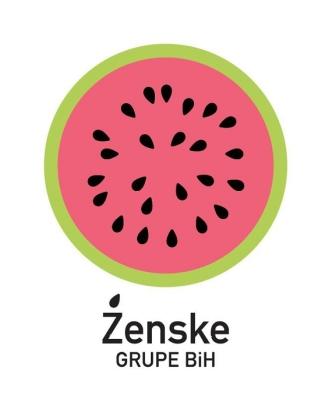 Women’s Network BiH, which consists of women’s civil society organisations, women’s groups, individuals who advocate feminist principles in their activities, is demanding that Gender Equality Agency of Bosnia and Herzegovina renames Gender Week to Women’s and Girls Human Rights Week. The Agency was planning to organize the series of events under this moniker during February 3-7, 2014, on the occasion of International Women’s Day.

Women’s Network BiH considers it important not to diminish the value of marking March 8 – International Women’s Day – with an alternative name in which gender is used as a neutral term, to prevent us from tackling dramatically threatened women’s and girls human rights.

We want to emphasize that March 8 is a result of the need to mark Women’s Day in the honor of Women’s Rights Movement. The Women’s Rights Movement emerged at the beginning of the last century and its main goals are to achieve the universal right to vote for women, equal participation of women in politics and governance, and the right to work and better labor working conditions.

We are witnessing the practice of “special treatment” (which often includes giving flowers – carnations) of women on this day, only to continue the practice of oppression of women, devaluing the work and efforts of women, violence against women, femicide, misogyny and ignoring women’s human rights the next day.

Women’s Day was first marked on March 19, 1911 in Austria, Denmark, Germany and Switzerland by more than a million women and men. They demanded not only the right to vote, but the right to work, professional improvement and stopping gender discrimination, as well.

Although they didn’t have the right to vote, on March 8, 1913, 2000 women in BiH held the first “Women’s Day Celebration”. It was the day of celebration of economic, political and social achievements of women. Before the demise of Yugoslavia, March 8 lost its ideological basis and became a holiday enforced by men, because it turned into an unofficial day off, a parody of the idea behind this day.

After the fall of communist regime in Europe and Yugoslavia, March 8 unofficially became an unwanted celebration and is marked less and less often.

March 8 has been International Women’s Day for the last 113 years – and it exists because women are discriminated against, humiliated and oppressed in Bosnia and Herzegovina and in the rest of the world. The history of marking March 8 is a sort of a reflection of how BH society treats women. This fight is still a fight for fundamental women’s human rights and freedoms, because women are still marginalized and, as such, do not get the chance for development and better positions in society.

We don’t want to compromise when it comes to women’s human rights and the marking of March 8. The name Gender Week, which uncannily evokes associations with showbusiness spectacles such as Fashion Week, devalues and trivializes the heroic struggle of women against discrimination, exploitation, and violence.